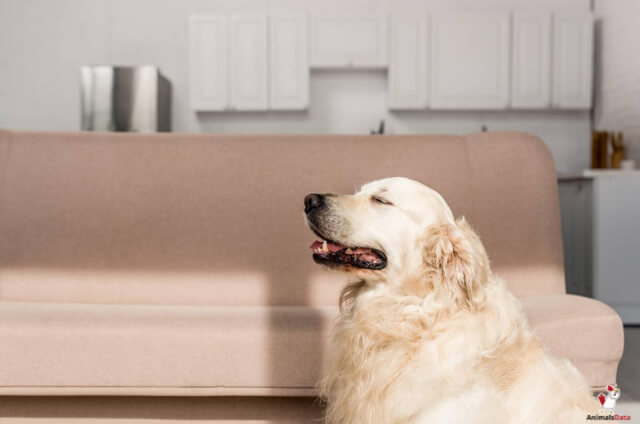 Well, hypnotizing a dog involves five steps. They are captured in the following table:

Now, let us go through each one of them and get the nitty-gritty details:

If you’ve watched the Got Talent (Simon Cowell) show, you may have come across the hypnotist dog (or hypnodog), Princess. In 2015, the dog came to Britain’s Got Talent show with her assistant, Krystyna Lennon. They mesmerized the audience by hypnotizing several people on stage, including the hosts, Ant McPartlin and Declan Donnelly. If you didn’t watch the video, here is the link.

After the video, many people started thinking about dog hypnotism.

But, can the reverse happen? Can you get your dog hypnotized?

On TV, we’ve seen these things happening. A hypnotist comes up, and a few minutes later, a volunteer is in a trance, barking like a dog or even squawking like a chicken. But somehow, it turns out like dogs, and even chickens can be hypnotized.

This section is going to explain the steps tabulated in the table in detail. Once you’re done going through all the stages, you can try them out. Rest assured that nothing harmful is going to happen to your canine buddy. Actually, hypnotism will help them to build docility and reduce their levels of stress and anxiety. Let’s get the snowball rolling!

For hypnotism to work perfectly and accurately, you need a quiet, comfortable atmosphere. With a warm, calm, and soothing ambiance, you will need to gain your pet’s compliance, attention, and trust.

Start it off by choosing a low-stress place to do the entire trancing. It needs to be a place that the dog does not feel intimidated or agitated. And more, all the distractions – noises, people, other pets – should not be nearby.

And finally, use a cozy blanket or a comfy bed so that the dog’s joints are rested during the entire process.

2. Involving The Gentleness Of A Touch

Many human hypnotists start establishing trust and connection by using deliberate touch. Since your dog is no different, you can use the method too.

Once you’ve formed a serene environment, try stroking the dog’s belly, head, and back. This will make the peaceful, calm atmosphere more solid.

To help cue the dog, you need to make soothing, repeated phrases. You can say words like calm down and relax at a slow tempo. This will help the canine to find serenity in your voice and presence.

If you can’t be musically soothing, get some relaxing sounds online. On Amazon, there is one American hypnotherapist, John Morgan, who sells a musical product. It is known as Hypnosis for Dogs and comes as a CD to help you execute hypnosis. It contains a unique mix of voice and music tailored specifically for the dog. Here are the perks of getting the CD:

Benefits Of The Product

1. It will help the dog to be healthier, and thus, it will live longer. Also, it helps in improving the temperament of a too-much dog. If yours is a restless barker most of the time, this product is for you.

2. The hypnotic education helps to deal with separation anxiety. If you’re an informed dog owner, you should know that dogs get sick of staying alone. The CD helps to take care of the dog when you’re away.

3. When your dog becomes calmer, your life will liven up. You and your canine buddy will get the same benefits.

The product’s owner is one of the best hypnotherapists in the world. So, going for it would mean adopting the methods of an established professional, which is a reasonable thing to do.

4. Getting The Dog Into An Under-The-Spell Position

If you’ve rolled out the plan up to this stage, the dog may already be hypnotized. It may look like it’s dozing off or feeling calm, and that’s (maybe) all you need to see.

But things can be taken to a higher level. By that, I mean a deeper state of hypnotism. That will involve moving the dog into a submissive, subservient position.

You can sit your dog on your lap and have their rump closer to you. In that shift, the dog’s head should be between your knees. Also, you can shift the dog onto its back. With that, try holding it under its arms and stroking its belly. That should happen until the dog’s limbs are limp.

So, how would you know that the dog has gone up to its under-the-spell level? What you’re waiting to see is the state (or stage) called tonic immobility. At this point, the dog will remain limp and still. And even if you release it, it will stay there.

Tap the dog’s limbs to see if there is any response. If you had done everything well, the dog would not respond to your tapping; it will be completely immobilized.

Snap Out Of It, Scooby-Doo!

You can now get the dog out of its trance. Make a decisive call or a loud clap to get your canine buddy back to its senses.

Final Words: Why Should Anyone Get A Dog Hypnotized?

If you’ve read every word up to this point, you agree that hypnosis does not cause any kind of harm. It is a should-do thing for a dog owner who is dealing with a too-much canine.

But out there, opinions differ. Some people argue that it may aggravate a canine’s level of fear.

So, the best way to go about it is to talk to your vet first. This article, plus their opinion, should give you the best direction to take. Good luck with trancing your furry canine friend!

And if that article hypnotized you, I bet these will have the same effect on you too:

1. What’s The Average Cost To Board Dogs Per Day?

2. Are Spiked Collars Safe For Dogs?

3. Do Dogs Know When Humans Are Sleeping?

4. Akita Dogs As Service Dogs – Can They Be Trained?