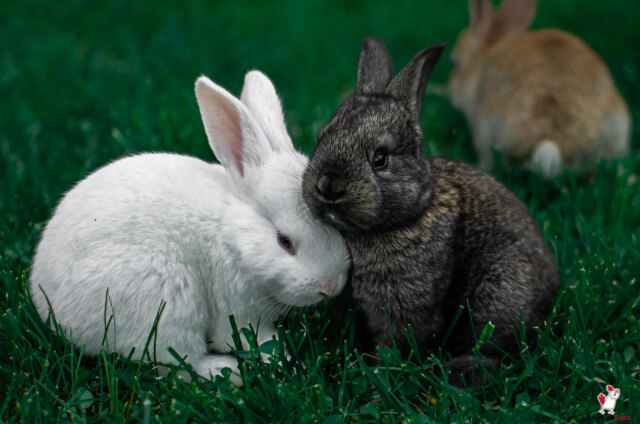 So, is there a difference between bunny and rabbit? Well, technically, there isn’t, seeing that both names are interchangeable. Take this home: where there’s a rabbit, there’s a bunny.

Both share a scientific name, Oryctolagus cuniculus. Here a little table that pits the rabbit against the bunny, side by side:

Well, there are the same. But…

But what if there’s a difference? Well, it’s time to find what else a cute bunny can be apart from a rabbit.

What If There’s A Difference?

Well, some forums and platforms online tend to say that a bunny is younger and a rabbit is older. This could be true, seeing that we have a particular endearment for little ones that makes us call them darling names, like a bunny.

The word rabbit is considered more formal and is the primary referent of the small hopping mammal. Bunny, well, is more informal and is not the kind of name that cuniculture experts will use to refer to the animals they handle.

I’m sure you have no idea what cuniculture is *chuckles*.

The word bunny is more likely to be used for a small rabbit than a big one. This establishes yet another difference in terms of diminutiveness. You are unlikely to refer to an adult Flemish Giant as a bunny, seeing that it gets to over 22 pounds. We can say that the dwarf rabbit breeds are more of bunnies than they are rabbits.

Some sources argue that bunnies are young rabbits, which is a truth of some particular degree. You are more likely to call kits (baby rabbits) bunnies because the name is as cushy as they are.

And the Easter Bunny, can it be called Easter Rabbit? Well, it used to be called the Easter hare. However, the name was changed to bunny because ‘bunny’ was more pronounceable.

And you can’t deny – the word bunny is cuddlier, prettier, and smaller.

Here’s a comparison chart that pits rabbits and bunnies side by side (again):

One The One Hand: Rabbit

As reiterated through the article, the word rabbit refers to (as per Wikipedia) a small mammal categorized in the Leporidae family and the Lagomorpha order. The rabbit is related to the hare and the pika.

It is small and soft with swift back legs and large, powerful ears. During springtime, you will see it hopping around and experiencing bursts of energy.

Until the 1900s, rabbits were known as coneys or young ones of coneys. As time passes, the name lost popularity. At the moment, the word buck is used to refer to a male rabbit and doe a female rabbit. Baby rabbits are formally known as kits, and a single birth delivers a litter of kits.

You should know is that rabbits are social. They organize themselves in hierarchies and stay in warrens built in deserts, burrows, and rabbit holes.

On The Other: Bunny

The word bunny is a cuter name that refers to the rabbit. However, some people argue that a bunny is tinier than a rabbit and that it is the young one of a rabbit. If you look at the title of this YouTube video, you will pick out that some people use ‘bunny’ for the little ones. The title is ‘Rabbit mom giving birth to 1 baby bunny’.

Other than that, bunnies are the same as rabbits. They belong to the same taxonomic units and are similar genetically. They both eat the same vegetarian food: hay, pellets, fruits, and veggies.

But the word bunny does not make it to formal blogs (like LiveScience.com) and research papers. The name does not have any scientific connotation, and it’s merely a happy cognomen.

When used, both words are referents of the same small mammal, which belongs to the Leporidae family and the Lagomorpha order. But both words have different contexts, which is why this question came up. Hopefully, I have answered it to your liking. If so, leave a comment and share the read.

Other rabbit and bunny questions which I’ve answered include: