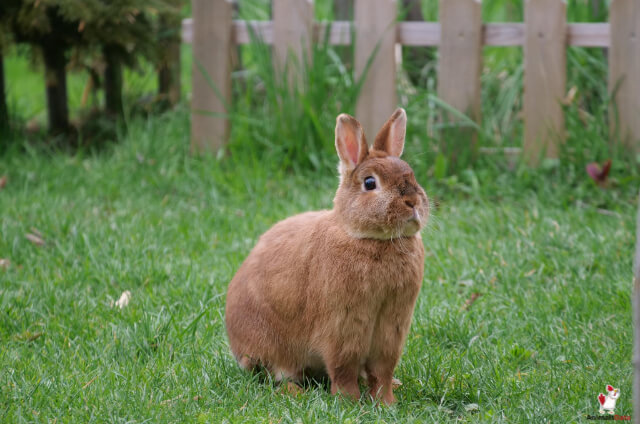 Sometimes, rabbits – especially the wild ones – can be a nuisance. In their hopping and jumping, they will end up underneath your deck. When you realize what’s popping, you will want to get rid of them as soon as you can. Getting rid of rabbits under your deck may need you to chase them out, use a rabbit repellent spray, get an ultrasonic device, or even scare them. It is all up to you and how you plan to do things.

Bunnies are cute for many reasons, but being under your deck isn’t one of them. Since they love chewing, it won’t be long before they invade your garden or chew all your wires. If you delay, the bunnies will multiply under your deck until you have an overwhelming population.

So, it would help if you made some moves. Stick till the end of this guide to get the nitty-gritty details. After that, there will be no more rabbits under your deck!

The Moves To Make

1. Chasing The Rabbits Out Of The Deck

This should be the easiest thing for you to do. Shushing the bunnies away will ensure that none are hiding in the deck. Or, if you want quicker results, you can use any hunting dog. The dog should trap the rabbits, and if you get ahold of any, you can relocate them.

If the situation is widespread, you may need the services of expert professionals, you know, like animal control. If you don’t, the bunnies will stick around for as long as they can.

You know what a repellent spray is. It will keep the rabbits away and at bay, meaning they won’t be a big problem for you. But the spray is not a permanent solution; it will hold the bunnies off until you have a bigger, better solution.

If you choose to go the way of the spritzes, get a spray that won’t harm the bunnies. If you see that all the commercial options are harmful, you can get some natural products at the grocery store. Check the following little table for the options:

3. Getting An Ultrasonic Device

You should know about rodent-like mammals – rats, mice, rabbits – that they can hear. And I’m not just talking about any kind of hearing – they can pick out some frequencies that our ears can’t! Ultrasonic devices produce sounds that will touch the rabbits’ eardrums and scare them away.

You will need to plug the device in a socket for the sounds to start rolling. When the rabbits – which are under the deck – hear them, they will begin to scatter. Soon after, you will have little to worry about. But don’t be too excited; the rabbits may come back after learning that the sounds are non-threatening.

As animals of prey, rabbits won’t like being in the presence of something that threatens them. So, if your face makes a brief appearance under the deck, the rabbits will want to flee the place.

Also, you can get items like toys – anything that can move – to ward off the rabbits. I’m sure it will be fun building the scare items, seeing that it is both an exciting and effective plan.

Where Should Animal Control Come In?

Animal control operators advise that you only call them during an emergency – when you’ve seen a wildlife threat like a bear moving outside your house. Rabbits are not an emergency, seeing that they are animals of prey. So, do not ring them up. Instead, go for pest control or a wildlife removal services company.

But animal control should come up at some time, isn’t it? Well, if you think that the rabbit bears any diseases like rabies, you need to call them up. Rabid rabbits will have disoriented looks, foaming mouths, and strange behavior. If you have any pets – cats and dogs – around, you may need to keep them off. Rabies can be transmitted, and you wouldn’t want to start meeting emergency healthcare and vet costs.

I Have Rabbits Under My Deck – Are They That Bad?

Well, it all goes down to what you have around the house. If you have any electrical wiring lying in the deck, the rabbits will exercise their chewing skills. Soon after, you won’t have any light in your house. If you like your electricity running, then the rabbit under your deck is a bad situation.

And what about a garden home? Rabbits love burrowing and eating leafy greens. So, as a gardener, you need to know that sooner or later, those rabbits under your deck will make you start counting losses. Your vegetation and fruits will become a haven for the rabbits’ dietary needs, well, until your stop them.

Prices vary from state to state or region to region. Also, they will be different with a difference in the experience of the pros involved. If the rabbits under the deck amount to an infestation, the price will be tweaked upwards. Such widespread problems may need more than under-the-deck cleaning; the pro will have to do a yard-wide removal.

But here’s the thing – there is nothing to worry about since the fixes are pretty affordable. A pro rabbit remover will charge anything between $100 and $1200. Another variable that could take the price over $1200 is the method used. If the technique involves chemicals and traps, be ready to pay more. Humane and non-harm ways are better and cheaper than harm-based methods.

1. Can I Use Cinnamon As A Rabbit Repellent?

You will agree that cinnamon has a powerful smell – one that can keep many creatures away. And so, yes – you can use cinnamon as a rabbit repellent because the bunnies won’t like it.

Get the cinnamon oil, mix it with water, and put the mixture in a spray bottle. Then, spritz on all the weak links – all the areas that rabbits are likely to come in through.

If you’re protecting your plants, get powdered cinnamon and sprinkle it on the fruits and veggies. This will prevent rabbits from digging their incisors into your feed.

2. Is It True That A Colony Of Rabbits Can Attract And Invite Others Like Rats, Mice, And Other Rodents?

Absolutely, and the opinion is backed by science. Researchers have it that the other rodents pick up scent bubbles that the bunnies emit. For those rodents, it means that other rodent-like mammals are around. This makes them feel safer, and they will be inclined to move in the same direction as those rabbits. For the record, rabbits are not rodents.

3. I Want To Get Rid Of Rabbits In My Yard. Can I Trap And Then Release Them?

While it may be a great idea, you may get in trouble if you don’t check with the authorities. Some towns allow you to do it freely, but others will need you to get a permit before using the traps. Other townships give the responsibility to pro trappers. So, find out what the local authorities say before making any moves.

Well, there you have it – how to get rid of rabbits under deck. At this moment, you should feel less anxious, seeing that you have the tips in your mind. You only need to organize yourself, and soon, all the rabbits will be out of your deck and minding their own business.

Do you have any other practical, brilliant ideas on how to deal with the problem? Well, leave a comment and engage me – we can improve situations together when we share and talk.

Here are more rabbit-related topics that will awe you:

3. Weeping Eyes In Rabbits (What To Do)

4. Are Rabbits Hard To Take Care Of?