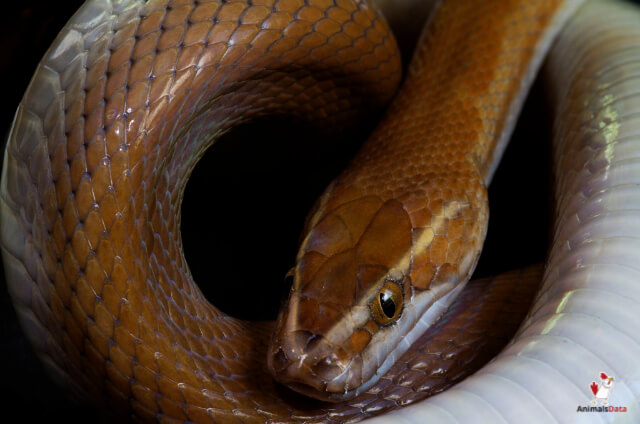 For those snakes that do give birth, the process is as impressive as it is gooey to watch. The ovoviviparous snakes (the ones that are livebearers) release the young ones from their egg sacs. You will see them get expelled like a pile of jelly-like goo. The disclaimer notice is that the sight is not very pleasant for some people. However, it will be a good thing to watch a video of the action.

In this article and from this point onwards, you will get a glimpse and an in-depth opening to the specifics on snake reproduction. Also, you will go through the anatomical differences between male and female snakes. Also, the issues in and around snake pregnancy will get dissected and disintegrated.

For 1 to 2 times a year, female snakes either lay eggs or birth live young ones. But that is beside the point. What is important and more interesting is the ins and outs of snake reproduction. First, the male will get a signal from the female through her release of pheromones (odor/scent). These attraction and seduction items will be secreted from the skin glands found on the female snake’s back.

While most of all snakes species reproduce sexually, others do it asexually. When hibernation is done and spring kicks in, mating between the female and the male snake will happen. During mating, the male snake inserts one of his hemipenes into the female part called the cloaca. When the sperms are released, they travel into the female’s oviduct and fertilize the eggs. When a month elapses, the eggs are laid (for oviparous snakes), and two months later, they get hatched. Other species, such as anacondas and boas, grow the young ones in their system and give birth to them live.

Unlike humans, snakes lack reproductive organs. If you look at a snake from the outside, you will see that the reptiles do not display sexual dimorphism, which is the visual/visible difference between sexes. So, the question begs – how does a snake looking for a mate differentiate between female and male snakes?

Unlike the single human male reproductive organ, male snakes have two items that are called hemipenes. The organs are what you can equal to a penis, and they are always resting and nesting inside the cloaca. To remain in place, the retractor muscles hold the hemipenes back. When the time to mate and reproduce comes, the hemipenes pop out of their place of rest (the cloaca). And, what about the testes of the male snakes? These are usually found near other organs inside their bodies. And, of course, the testes are linked to the hemipenes.

With many serpent species, the male is smaller than the female. The scientific journal titled Proceedings of the Royal Society notes that the different-sized body components get favored by different reproductive roles. Here are a couple of the key differences between the female and the male snake:

The features tabulated here are of 243 specimens (from three species) that the scientists dissected. They included a viper and two colubrids.

So, why does the cloaca exist in both the male and the female snake species? The answer is this – it is the part of any snake’s anatomy that gets used for mating and excretion. So, it is an essential – even mandatory – part of the basic anatomy of a snake. So, what is the shape and form of the cloaca? Three distinct parts make up the cloaca, and here they are (ResearchGate):

Compared to the female’s cloaca, the male’s is deep. The female cloaca is longer, and it extends further down until the snake’s tail. The deepness of the male’s cloaca is because the two hemipenes are contained there. If they were not contained inside, it would mean that the snake would be dragging them against the floor. This would cause damage. As you can infer, all mating in snakes involves the engagement of the hemipenes and the cloaca.

Depending on the climate, snakes break their hibernation when spring comes. This is the same time that mating begins. In the northern climates, where the environments are colder, snakes usually go into full hibernation. Usually, a full hibernation means that a snake is in an almost-complete sleep for an extended period. ‘Southern’ snakes only go for what is known as brumation. So, the emergence of a snake either from hibernation or brumation means that it is time to mate.

You may be asking yourself why the snakes take on that kind of timing. As you may know, snakes are cold-blooded and are ectotherms. Colder weather will not provide them the body heat they need since their inside temperature is the same as outside.

As capture, the primary tool of attraction by the females is using pheromones. The female snakes produce estrogen, which facilitates the role of attracting males. The Journal of Experimental Biology captures that if the males’ estrogen gets boosted, it will lead to new pheromones. These same pheromones in question were the same as those produced by a female snake. In the study conducted, the garter snake got confused, and it would start trying to engage in mating with a male.

Of the many snake species, the ones that rely on pheromones to ensure that mating is facilitated are garter snakes. Remember that the male needs to engage the female to know the chemicals and pheromones that the female is giving off.

The male snakes have something called the vomeronasal system, which is the sixth sense they use in determining the specific pheromones. Through the sixth sense, a male snake can find out the following:

1. The species of the female (compatibility reasons)

4. The reproductive condition (healthy or unhealthy)

Is Snake Mating A For-Life Thing?

Male snakes get attracted to the most viable female, but that is dependent on her pheromones. The female snakes that create pheromones, which are the best-smelling, are, maybe, the healthiest. So, the male snake will opt to take her.

When the mating business is done, there are no chill moments. The male does not remain with the female for them to live as a family. A male may proceed to find other females.

There is something about sexual-territorial marking that is noted in the Royal Society. Males who have mated with females protect their mates. This stops them from breeding with other snakes. And that’s not it only – mates are less attracted to females who have already engaged in mating.

Another exciting aspect of mating that stops the female from having many mates is the ‘mating plugs.’ Once the mate finishes getting it on with the female, he may produce something like a gelatinous plug. That barrier blocks the cloaca of the female. Thus, it prevents any other male snakes from breeding with the female during that particular breeding season.

So, How Do Snakes Become Pregnant?

Mating happens when the two snakes align themselves with each other. During that heated moment, the male is usually moving up along the body of the female. The cloacal kiss happens when the hemipenes and the female’s cloacal lock lips. Because of the spikes and ridges in most snakes’ hemipenes, the organ perfectly fits the female cloaca and does not slip. While the adaption is seen as having a primary reproductive function, it prevents different snake species from breeding. The business happens for not less than an hour and up to a whole day. The snake gets pregnant when the sperms travel along the duct and fertilize the female eggs.

The male will keep following the female’s trail of pheromones until he finds her. Remember, a female snake looking forward to a mating session releases the chemical from the glands located on her back.

When the two find each other, here is what ensues:

1. The male snake attempts to slider his way up and along her body. In some cases, the male may decide to wrap himself around his female. This makes it very difficult for the female snake to escape.

2. Once the male reaches the female’s head, he bumps his chin against it multiple times.

3. Then, he coils his tail around hers in an attempt to find her cloaca. At this moment, one of his hemipenes will start to extend.

4. Once the male snake has found the female’s cloaca, they may mate for long.

5. When the business is done, the male may or may not release his mating plug.

The Journal of Experimental Biology notes that male snakes use close to a quarter (18%) of their energy in producing a mating plug. After his sexual-territorial business is complete, he will be left weaker and hungry.

To Get The Female, Form A Mating Ball

Apart from the description given above, snakes can choose to mate in a uniquely set shape. The shape is usually referred to as a mating ball. This reference comes about because many male snakes will appear like a giant mass that is writhing.

The mating ball may consist of a dozen male snakes competing for the cloaca of one female? This is likely to happen if the number of females is low in that territory, maybe.

The male snakes that win in the mating ball are the fastest, strongest, and fittest. This guarantees that the young ones to come will be as strong as their parents. If you’re versed with Darwinian concepts, you will know that that is based on the idea of natural selection – survival for the fittest!