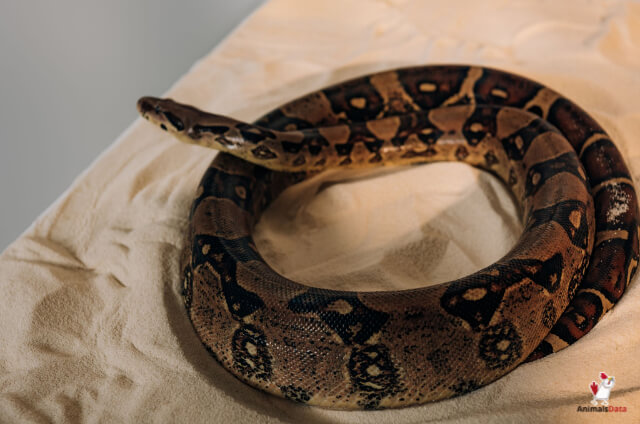 This question is one that opens up an entire discussion about the reproduction style of snakes? Do they lay eggs? Yes, but there is a catch. And the but is that some snakes that lay eggs and others that don’t. What you can take away is that most snakes lay eggs.

So, if most snakes lay eggs, how about the other minority? Well, as it turns out, any female snakes fall in one of the three snake reproductive categories, which are as follows:

1. A female snake can be OVIPAROUS, which means that they lay eggs. As mentioned in the jump-off paragraph, this is the category where most snakes fall. So, the egg forms in the snake’s body, and then it is laid. When that happens, the female snake provides the eggs with the warmth they need or otherwise known as incubation. When the eggs are warm enough, the hatchlings emerge from inside the shell. Snakes that fall under this category include grass snakes, king snakes, rat snakes, and other more common snake species. Some other well-known snakes whose females are oviparous include adders, mambas, and cobras. Know that any female snake that is oviparous can be said to be a layer.

2. Also, a female snake can VIVIPAROUS, which means that they do not lay eggs. Instead, the young ones are nourished on the inside through a yolk sac and a placenta. When the time comes, the young ones are birthed, like how mammals do, well, apart from the egg-laying mammals. Note that this is a highly unusual phenomenon, especially among reptiles. The two common examples of birthing snakes (or birth-ers if you like) are green anacondas and boa constrictors. Remember, no eggs are involved in any developmental stage.

3. Finally, a female snake can be OVOVIVIPAROUS, a hybrid style that is between a layer and a birth-er. A female snake that is a cross between birth-ers and layers first develops eggs inside her body. But, the eggs remain in the inside of the female snake until they get hatched. When the hatchlings are birthed, they live inside their mother but outside their eggs. Then, the female snake gives birth to them as if it were viviparous. The most common example of an ovoviviparous snake is the rattlesnake.

Here’s a tabulated outline of the three types of female snakes:

As mentioned earlier, most of the world’s female snakes lay eggs. That number includes every snake that is from the sizeable Colubridae family – which accounts for around 1938 different species at the time of this writing.

Most of these egg-layers are nonvenomous, and they come from the many corners of the world. Some of the members of the Colubridae, which are aquatic, are live-bearing. The other members who lay eggs are of the Elapidae family.

Does Every Black Snake Lay Eggs?

You will find black snakes all over all continents, and you will find them by different names – black racer, black rat snake, pilot black snake. These are the constrictor type of snakes. Some species look so similar at face value that you will find it challenging to discriminate between them since they all have back coloration.

Black snakes are egg-laying (oviparous), and they have repeating reproductive cycles. Females lay eggs in the numbers 6 – 24. The females choose to deposit the eggs in hollow trees, in compost, or under logs. The hatching period for black snakes’ eggs is between 37 and 51 days.

Do Pythons Give Birth, Or Do They Eggs?

As you may know, pythons do not have venom, and they kill by constriction. In the Pythonidae family, they are around 41 species. Pythons are oviparous (egg layers). Interestingly, many of the Python species provide some maternal care to their eggs. This is unusual since most snakes do have maternal instincts.

Female pythons usually make a nest of vegetation and soil. Once they lay their eggs, the snakes could around them and engage in thermogenesis, basically shivering. This is supposed to keep all the eggs warm.

Does Every Brown Snake Lay Eggs?

Many people mistake the brown snake for the copperhead snake, but the two are not the same. The brown snake is usually slender, and it can either be venomous and non-venomous. The toxicity of the snake is dependent on its location on the continent.

Brown snakes are egg-laying, and they usually mate once a year. During hatching, females lay up to 16 eggs, but this is at the least. Female brown snakes lay their eggs in damp burrows. Then, they stay with their eggs for up to a month and a week. The gestation period for the brown snake eggs is about two and a half months.

Does Every Garter Snake Lay Eggs?

In North America, the garter snake is one of the most widespread snakes. Their reproductive detail is that they are ovoviviparous. The embryos of baby garter snakes develop inside the eggs. Then, the eggs stay incubated inside the mother’s body before the young ones are born alive.

Does Every Tiger Snake Lay Eggs?

These snakes are thickly set and are found in Australia. Typically, they have distinct bands and greyish brown color. These snakes are dangerous, vicious, and highly aggressive.

How To Single Out Snake Eggs (Especially From Bird Eggs)

If you’ve been trying to distinguish between snake and bird eggs, this is the read for you. The exercise is not strenuous since the eggs have several key differences that even the lamest eye can identify.  Snake eggs are laid in great numbers, which are referred to as clutch. A clutch can have up to 100 eggs. Then, all the eggs adhere together in a sort-a clump. If you need to pull one egg apart, you may be required to use some minor force.

Many snakes of different species lack maternal instinct, and thus, they abandon their eggs. That is except for the python and the cobra, which choose to brood their eggs. Typically, brooding involves protecting and providing warmth and incubation for the eggs until they become hatchlings. Like the King Cobra, Snakes create a nest for her brood and offer short-time protection even when the eggs are hatched. Here are more ways to enable you to identify the eggs of a snake:

You should already know that snake eggs are not laid on trees or in nests. Instead, female snakes deliver their eggs in places such as between foliage and beneath logs. Also, snakes choose to lay their eggs within the soil. This sort of discreetness is supposed to provide the eggs with natural incubation from the vegetation beneath the Earth.  Before you even start to search, ensure that you know the snake species in your region or area. It will be useful in ruling out and ruling in several species from the onset of the exercise.

The best tell-tale sign to know if you are dealing with a snake’s egg is how it looks. That is in terms of texture, hardness, and appearance. Here are the characteristics of a snake egg:

1. Texture – snake eggs have a leathery and soft feel

2. Shape – snake eggs look like they are oblong with rounded corners

The color of many snake eggs is white. There is no need for the snake’s system to create camouflage in the egg’s hue since they are hidden in terms of location.

Are Snake Eggs Much The Same As Bird Eggs?

As captured, both bird and snake eggs’ color and size may be similar, but the difference comes with the shape. Both eggs can be white or off-white, and some bird eggs are in the beige region. While the bird egg is mostly oval, the snake egg is oblong in its form.

How Do I Identify A Snake Egg When I See It?

When you take up a snake egg, try to hold it in your hand with care. Although the eggs are not as toughened as those of a bird, they can still break.

Try to view it against a torchlight beam – you can do the exercise in a dark room. Through this viewing process called candling, you should observe the following:

2. Also, you will see a silhouette formed of an embryo that is ball-shaped