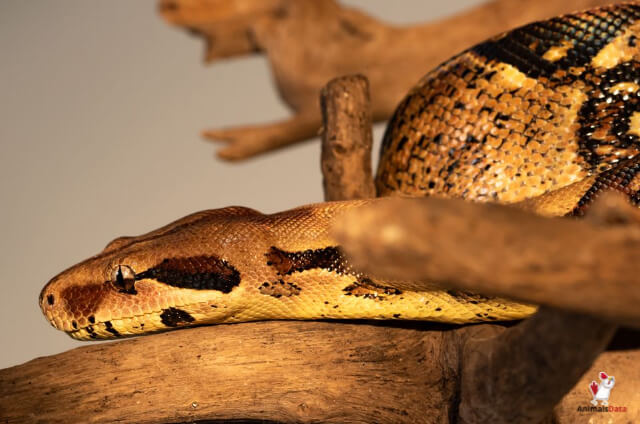 Of course – of course, snakes have bones. To confirm that answer, look at the classification unit that snakes fall under. Snakes are identified as reptiles, and reptiles fall under the significant category known as the vertebrates. You should know that the reason vertebrates are referred to that way is because they have a backbone. The other animals that lack a notochord (or a backbone-like structure) are called invertebrates, and snakes do not fall in that category.

Unlike humans, snakes have more bones, which is a great fascination for those who study reptiles, or herpetoculture for short. Depending on the snakes’ species, you will find that serpents will have at least 600 bones, with others going up to 1400 – all in their skeleton. Most of these bones are usually vertebrae and ribs.

The belief of snakes not having bones is not unfounded. Most people see the swift, seamless, and effortless slithers of a snake and think it has no bones. But that is not true. Snakes are not like worms.

The Explainer: A Snake’s Skeleton

You’re in this read because you were wondering whether snakes are boned or not. The quick answer was already given in the introductory paragraph. In this section and the ones that follow, we will take a keen interest in the nature of the snake’s skeleton. The skeleton is primarily made up of a skull, jawbones, vertebrae, and rib bones. Some species have hip bones, and they include the pythons and the boas.  Now, let us look at more details.

So, What About These Snake Backbones?

As captured before, every snake falls under the vertebra category. As a matter of fact, snakes are the only animals with more backbones than any other living mammal. In a snake’s body, a strong network of muscles and hundreds of joints connect the many tiny backbones. This interconnectedness is what gives all snake species some unique form of flexibility.

Depending on the size, species, and subspecies of the snake, the number of vertebrae will vary. That notwithstanding, serpents have an unusually high vertebrae number as compare to most vertebrates. Each snake has two main vertebrae types that include:

In the body of the snake, you are likely to find between 100 and 450 vertebrae (precaudal). You will get as low as ten caudal vertebrae in the tail area and as high as 205. Each of the vertebrae in the main body (precaudal) is attached to a single pair of ribs. So, if a snake species has 450 precaudal vertebrae, they will have, in their skeleton, a total of 900 rib bones. Working that out will make you see that the skeleton of a snake is, for the most part, made up of ribs. Actually, almost 70% of the bones of a snake are rib bones. The conclusion is that most of a snake’s skeleton is made up of the vertebrae and the rib structures.

Each vertebra is connected to the one behind and the one following it. The connection is at five different points. This means that they can rotate, twist, and swivel with ease.

There is a huge range of motion built into the skeleton of a snake. The range of motion is coupled with the absence of a sternum – snakes lack a breastbone to connect the entire ribcage. This anatomical situation makes it possible for snakes to expand their rib cages to an astounding degree. This explains why it is super easy for snakes to swallow large prey as a whole.

What Is The Exact Number Of Bones That Snakes Have?

As mentioned elsewhere in this read, a snake can have as little as 600 to as many as 1800 bones. To know the total number of bones in a snake, scientists always look at the ventral scales (called broad belly scales). Also, they focus on the dorsal scales found on the snake’s body.

The Royal Society Journal notes that the size of a snake’s body is directly correlated with the number of vertebrae in the same snakes. The logical expression out of this statement is this – the more giant a snake is, the more vertebrae it will have.

This conclusion is not unfounded since it was the outcome of the work of experts. They measured, among other snakes, pythons and boas. They took the snakes and took count of the vertebrae number. Here is a bulleted snippet of the experts’ findings:

1. Pythons measuring between 7 and 9 feet long had 300 as the average number of vertebrae. So, the total number of bones of the same pythons is 850. This includes the skull and the rib bones.

2. Boas (of approximately 5 feet) usually average around 250 vertebrae. This brings the total boa bone count to about 700.

3. In a python, the highest number of vertebrae found was 450. When the experts added up the other bones (skull, pairs of rib bones, and jawbones), the total number found was 1200.

What Is There To Know About The Skull Bones Of Snakes?

Perhaps, the skull of a snake is the most fascinating and crucial bone in the entire serpent’s body. Here are some three reasons why that is the case:

1. The brain of a snake is completely encased in the skull bone. This is to protect the brain matter against struggling prey. A snake’s mind and its mouth are so close together. In a tendency of swallowing their prey whole, the brain of the snake may be damaged easily. What happens is that the skull is cleverly evolved. During the ingestion, the bone completely envelops the organ in a bid to protect it.

There is a variation in the skull shapes and sizes depending on the snake species. If you look at the evolution of snakes, the specific features of a snake’s habitat can be linked to the size and shape of the snake’s skull and the strength of the braincase.

2. A snake can hear through the bones forming their skull. As you may know, snakes lack human-like ears, but that does not mean that they are deaf. However, they have jawbones and a few skull bones that allow them to detect and receive soundwaves. This method of detection and reception of the waves is called bone conduction. It usually works because snakes have a fundamental but sensitive inner ear structure. The Journal of Experimental Biology notes that snakes’ ability to hear is actualized because of the single inner ear bone they have. This helps by forming vibrations inside the skull. The ear bone is known as the Columella Auris and is connected to the jawbone of the snake.

3. For the snake to stretch and expand in prey consumption, the snake’s skull remains incredibly flexible. Many snakes lovers believe that the animals either dislocate or unhinge their jaws to consume prey. However, that is not the case. Snakes open their mouth widely because they have a couple of stretchy ligaments tied to a significant bone found in the skull. The bone is known as the quadrate bone located at the back of the snake’s skull. It works like the double-hinged joint type of bone, allowing many snakes to open their jaws wide up to about 150 degrees. Instead of having a chin bone to connect their jawbones like humans, snakes have a ligament that connects the mandibles together. In Coepia in an article, Kenneth Kardong explains this – how the cranial bones are configured and their connection to the ligament is the reason snakes can increase the width of their jaw, or what is called ‘gape.’

The Explainer: A Snake’s Anatomy

Now that we have established that snakes indeed have bones and there is a lot to it, let us now focus on the reptile’s skeleton – one item after the other:

The body of a snake is extended because of the large number of vertebrae it has. The bony items are broader and shorter. The intervertebral discs are usually and relatively flexible – they assist the snake ripple and bend quickly and effortlessly.

Because of evolution, snakes lost the pectoral arch, that is, the shoulder that could have been holding their forelimbs. Also, many of them lack a pelvis, and the others have an outline indicating where the pubis once was. Of the many, snakes that have the said outline include boas and pythons.

As you may know, a snake’s skeleton does not have limbs. Because of the lack, they have different locomotion styles. These different locomotion styles are very subtle; their movements change between the different styles in an instant. The common belief is that ancestors of snakes lost their legs because they deemed the items unnecessary. To confirm that ancestor snakes had legs, you need to look at the python and boa species – they have vestigial remains of their limbs. You will see them as tiny bones (or spurs) that come out from either side of the snake’s cloaca.

As captured in many other places in this article, each snake has a floating ribs series. At one end, each rib is anchored to a vertebra. However, the other end is attached to nothing since snakes lack a sternum. Since the ribs are free-moving, they can be contorted or moved in such ways to accommodate the different terrains that snakes slither around. The anchorage of ribs is formed of numerous muscles, which allow snakes to move quicker and exert more force as they move.

If you didn’t know, snakes include the group of animals called ‘diapsids.’ These animals have items called temporal fossae that are found on each side of their skulls. So, the skull comprises many pieces of individual bones; therefore, the bones are more jointed than the skull of many other reptiles. Additionally, the two portions of their jaw bones (or mandibles) are not joined together. Instead, they are connected by stretchy (or elastic) ligaments. These structures are essential in the snake anatomy, and especially on feeding.

The elasticity that the ligaments provide helps snakes to open their mouths more expansively than any other reptile. A fascinating thing that you should note is that snakes can actually suffer from skull dislocation while eating. But, snakes will defy that eventuality by consuming prey with diameters more extensive than their heads.

However, a good number of snakes do not feed on too-large prey. The snakes that fall into this category usually get their food either by venom or constriction. Those that are venomous have fangs, which are specialized teeth that can inject venom into their victim. The serpents that are known as proteroglyphous and opisthoglyphous snakes have fangs that are grooved. In the solenoglyphs (or the solenoglyphous snakes), the fangs are usually hollow. However, most snake species are aglyphs, so they neither have venom nor specialized teeth.

If you’re on this line, you now believe that snakes have bones and, for that matter, a significant number of them. Also, however big the prey (that the serpent decides to swallow) is, the snake’s bones cannot be shattered.