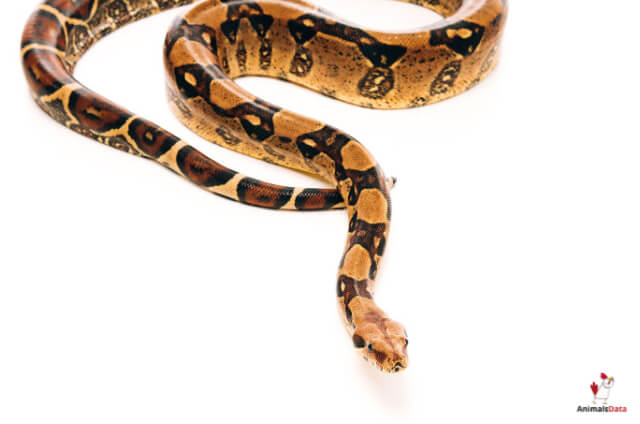 To answer the question in short – yes, snakes indeed do sleep. Among different people, the thought of snakes going to slumber proves blundering. Actually, it almost seems unnatural to put it in mind that snakes sleep in the same way as we do.

We always sit around, look at our pet snakes, and wonder if these reptiles ever get to sleep. Many pet snake owners ask that question. The discussion has been alive for the longest time, and it is not until recently that there was an attempt to answer it.

Whether you believe it or not, snakes and others of its kind share a lot with mammals, especially humans, with how they sleep. Since we’ve given you a quick answer, why don’t we look at all the sleep questions that are snake-related? If you read between the lines and stick around till the end, you will get a detailed expansion of your answer and other details that will blow your mind.

So, how do these serpents sleep? First, it is essential to note that snakes’ survival, among other things, also depends on the sleep they get. The subject of snake sleep gets contentious because humans, who close their eyes in the process of sleep, want it to be the same case for the serpent. That cannot be. When human eyelids shut, a signal is sent to the brain to start the chain reaction that ultimately leads to sleep. On the flip side, snakes can’t send the sleep-time signal. This is the one thing that makes it hard to believe that snakes ever sleep.

Although the research into snakes’ sleeping habits is limited, few things are known. One of them is that reptiles experience sleep in 2 stages: the SWS (slow-wave sleep) and the REM (rapid eye movement). Science has it that reptiles experience both SWS and REM frequently. It is important to note that humans experience both SWS and REM. Researchers and experts consider both stages vital in the healthy-sleep cycle, which helps us function at optimum levels. A study notes that the bearded dragon experiences an average of around 350 SWS/REM sleep cycles, with each cycle lasting about 80 seconds. If you generalize, it would mean that reptiles also undergo similar cycles of sleep.

Unfortunately, it is no known how snakes sleep. While logical hypotheses have been developed and theorized, there is nothing that has been proven scientifically. One of the theories developed is the one called unihemispheric sleep. Let’s look at it.

It is hypothesized that snakes may take a sleeping form called unihemispheric sleep. In this type of sleep, half of the brain remains active while the other takes a rest. If you look at many aquatic animals, you will see that they sleep with one eye closed. This is more of an alertness disposition and less of a sleep one. Fish and dolphins experience unihemispheric sleep.

Ethology outlines that to achieve unihemispheric sleep, the animal of focus closes one eye at a time. So, the half of the brain (that is neurologically connected to the closed eye) will go into a moment of rest. The other eye remains open, meaning that its connected brain part stays alert. So, the animal will now exist in a half-alert, half-sleep state. Sounds a little incredible, right?

Well, this method of sleep and the theory at hand are not unfounded. Since a snake has its predators and preys, it needs around-the-clock alertness. Also, the snake needs to conserve a lot of energy, and thus, they take any chance they get. However, science needs to explore and prove if snakes exploit this unihemispheric type of sleep. This is against the backdrop of the snakes lacking the ability to close their serpent eyes.

Do Snakes Even Dream?

When a subject (human, animal) is sleeping, they are usually in the stage known as REM. It has been proved that all humans experience the REM sleep stage each night that passes. The only thing is that we don’t usually remember it. Apart from humans, other species have been observed experiencing REM. Some pet parents (dog owners, to be specific) have witnessed their pooches running after a rabbit in their dreams. Also, videos of dogs running in sleep have circulated the online spaces, proving that REM is true in animals.

A neuroscientist formed the following speculation: snakes can replay and dream about recently passed events. This includes the going on in the environment, food, and encounters with species of its kind.

However, there is no substantial evidence that qualifies snakes as dreamers in sleep. On the flip side, no evidence conclusively dismisses the idea of dreaming snakes. Since reptiles have been seen to experience REM, it is only logical to assume that dreams are part of any snake’s sleep.

Unlike sleep, brumation is a semi-suspended state of animation. During this period, snakes usually live off the fats stored in their bodies. Also, their movements are minimal.

To prepare for this less active state, a snake will either create a den or seek a secret place. These operations will help the serpent to stay protected from potential predators. Also, the snake will get insulated from the chilly coldness.

What Is The Point Of Snakes Brumating?

An explanation of snake brumation was given very well by research experts at the Middle Tennessee State University. The researchers noted that to live in environments with fluctuating temperatures, snakes use brumation as a tactic to survive the weather. This explanation covers the many snake species that experience cold winters and warm summers. While lowering a snake’s metabolism rate, brumation allows the serpent to preserve a temperature ideal to the body.

So, this semi-suspended state helps snakes survive everything – from the sudden cold spells to the harshest winters. Species of snakes that include the bull snake and the garter snake will come out of brumation with a desire to find a mate. That can be explained in this way – warmer weather is what rouses snakes from their state of brumation and often signals that spring has started. Aestivation is the equivalent of the brumation tactic that helps in extreme drought and heat survival.

Telling A Snake That Is Asleep

This could be one of the most difficult things to do – telling whether a snake is asleep. We would look at the common clue – drawn eyelids – but that doesn’t apply for snakes. However, they are a couple of ways to make an intelligent guess about whether or not a snake is napping. We can always pay attention to its behavior and having the known snaky habits in the background. The main guess is this – if there is no snake, it is probably sleeping.

As noted elsewhere in the article, snakes are both prey and predator—most of the animals in this in-between category attempt to find a safe resting place. This means that the place needs to be far from predators or slightly larger than the snakes mass. The place could be the hollow of a tree, a den, a burrow, a hide, or a submerged cave. Depending on the type of snake, any nook and cranny that is discoverable is a haven. Look at the following species:

1. Ball pythons – these are nocturnal. If they are in the wild and are resting, they will be found staying inside the mounds of a termite.

2. Green tree pythons – these will be found coiling themselves in the branches of trees.

3. Hognose snakes – the University of Michigan notes that these snakes will either curl up in abandoned burrows or create the hole themselves.

For Captive Snakes, Hiding Is The Simple Best Indicator That Your Pet Is Asleep. The Following Table Tabulates Some Possible Signs That Help You Know If Snaky Is Sleepy:

Where Do Snakes Even Sleep?

The location of sleep is entirely dependent on the type of snake species. Arboreal snakes, like the green tree python, will rest or sleep coiled in the trees. Ball pythons, which are terrestrial snakes, will look for cave-like structures and take their rest. Water snakes will rest right above the water’s surface, rock ledges, or low-hanging branches.

The point is that a snake sleeps where it feels safe. If you have a pet snake, be advised to provide it with the appropriate hides and enclosure. This will clear off any worries about getting an anxious snake. In turn, the snake, whose surroundings are unruffled, will have a restful sleep.

When Do Snakes Even Sleep?

Research has it that different snake species seem to work with varying schedules of sleep. Unfortunately, there are no studies that adequately explain what sleep schedules are.

Why Is It That Snakes Sleep With Eyes Open?

Literally speaking, snakes are unable to close their eyes. Any wild snake requires to always be on high alert to get its next meal. Also, it needs to be prepared to fight a potential predator.

So, getting a full sleep is somewhat difficult for the snake. As mentioned earlier in the read, snakes may experience unihemispheric sleep to read with the alertness issue. This is probably the best explainer anyone can offer for snake sleep.

Do Snakes Even Blink?

No snake can blink, probably because they don’t have eyelids like some animals. Also, snakes don’t need to blink. Instead of having eyelids, snakes have a unique eye-cap scale known as the brille or the ocular scale. The scale protects the snake’s eyeball from picking dirt and other particles of the sort. Some reptilian experts consider the ocular scale as an eyelid. If we walk with that thought, it would mean that a snake’s eyes are always shut – which is quite hard to believe.

Is My Pet Snake Sleeping A Little Too Much?

Anyone or anything that sleeps too much may be feeling sickly. Here are a couple of signs you should pay attention to if you see them on your snake. Then, ensure that you contact a reptile vet:

3. Breathing while its mouth is open

4. Loss or lack of appetite

Although the symptoms mentioned above may mean that the snake is sick, that is not always the case. Your snake may be coming into brumation. Remember, snakes that are in captivity behave the same as those in the wild. Thus, the pet snakes will exhibit instinctual behavior and enter brumation, a period of lowered activity.

Scientific research into the instinctual behaviors, habits, and habitats of snake species will help determine what behavior is normal and what is abnormal.

We can agree that snakes sleep. Whatever remains a mystery is how they do it and for how long it lasts. As noted, there is a suggestion that snakes may take up something that looks like unihemispheric sleep. Scientists focused on the study of reptiles that have discovered that lizards experience the SWS and the REM stages of sleep. If this is generalized to snakes, it may mean that the slithering beasts sleep and dream during that time.