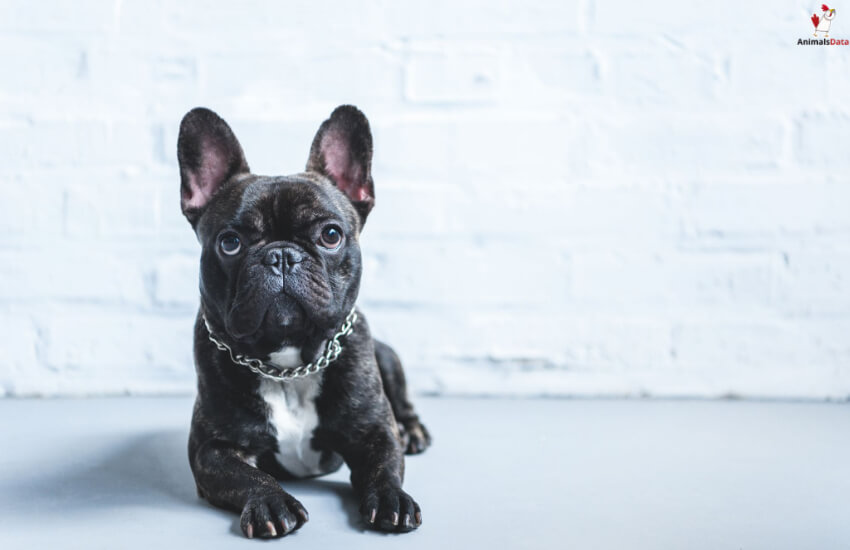 An aggressive pit bull is a result of two things – its genetic makeup (nature) and its environment (nurture). So, the best way to respond to this question is to look at the entire picture, not just one line of argument. We all need to understand the make of the dog, but importantly, wrap our heads around the importance of external factors, such as provocation and mistreatment.

The pit bull’s ancestor was the English bull-baiting dog, which was bred to hold down bulls by biting them around the head and face. The bull-baiting dog, which was large and slow, got crossed with quicker and smaller terriers. The result was an agile and athletic dog that was a powerful fighter. Also, this meant that the future dog would have aggression inclinations, but a little boiled down.

Apart from being a tough dog, a provoked, mistreated, and abused pit bull is likely to express their aggression by snapping. However, this rule applies to most dogs. The reason why people call the pit bull an aggressive dog is that it is the breed that kills the most humans, as the sensational media reports say.

Data On Pit Bull Attacks As Covered By The Media

Most pit bull attacks get to the world via the media, and the table that follows shows how the reports have grown since the 1980s.

If you look at the data, it is understandable that the pitbull aggression needs to be investigated. Many reliable sources report that pit bulls are like any other dogs and that they attack more dogs than humans. The myths surrounding them push dog owners and other people to react timidly around the animal. Stay on this read and learn about the various misconceptions people hold about the beautiful beast that is the pit bull.

If there is a dog breed that is mostly misunderstood, it is the pit bull – no doubt. A dog that was once the gentle and loyal guardian of its owners has now become the most feared. And as the assertion goes, it is the ‘most aggressive.’ People have taken the dog’s muscular appearance to insinuate that it is a symbol of violence, the woofer of gangs, and the mover of the drug culture. I blame the director and producers of such movies for always putting a pit bull before the camera when Miguel and Esteban are arguing about the cocaine delays.

At the time this was written, the entire world misunderstood pit bulls because of three things:

2. The media has been reporting pit bull stories in sensationalist ways.

3. The world of pets has been proliferating some myths.

This article shall explore the last bullet to help the pet world see the dog differently. Also, it will help to reduce the number of pit bull euthanasia, which hovers around the 93% mark across the board. We all need to give pit bulls a chance – they can become the heroes they were bred to be. Make sure you stick around, reading till the end so that you share the info with your friends, family, and social media network. That way, all the myths will get debunked, and pit bulls will get the love they so much deserve.

Number One: The Pit Bull Is A Breed, And Not A Dog

You should know that pit bull is an umbrella world that is a reference for various dogs, the main ones including the American Staffordshire terrier, the American Pit Bull terrier, the Dogo Argentino, and the Blue Blood Bulldog. Many people who use the world pitbull do so because of the dogs’ looks. This means that even larger dogs that look like pit bulls will get the same reference, even if they are not.

These days, the collective term, pit bull, is used to protect all pit bull lookalikes, because they are all subjected to particular victimization.

Number Two: The Pit Bull Is A Born Fighter

Who said? Like any other dog, the pit bull got domesticated a long time ago, and the breeds we have now are tame, even tamer than other dog breeds. Thus, when they are reproduced, it is unlikely that they will have inclinations to be aggressive. The pit bull is not ready to rip any animal or human being apart.

On the contrary, selfish and materialistic people train the pit bulldogs to fight. In some countries, pit bulls are engaged in fights to provide dog fight ‘entertainment’, and in these fights, the pit bulls are forced into death fights. The pit bulls that refuse to engage in these fatality battles are either electrocuted or shot dead. Dogs that survive this battle bring up litters that are aggressive, and who’s to blame? Selfish humans, of course!

Number Three: The Pit Bull Is Born Aggressive And Violent, And They Are No Doubt A Dangerous Breed

Inherently dangerous? No way! Any dog can become aggressive, mean, and violent because they lack proper socialization and training. Most dog owners and breeders neglect and abuse the pit bull’s temperament and health.

If dog owners and breeders go the way of proper and respectful training, the chances of a pit bull exhibiting negative traits will go down. More people will want to adopt pit bulls, thus reducing their number in home shelters.

It is interesting to note that according to the ATTS, the American Pit Bull terrier (most popular dogfighter) has a very high temperament rate (82.6%). It means that the dog is kinder and gentler than other dogs by far. In the same temperament test, dogs that are seen as soft and calm – the Chihuahua and Bearded Collies – scored lower than the pit bull. How about that!

Number Four: The Pit Bull Has Jaws That Lock, Like Most Carnivores

This myth is not valid. An organization of repute (ASPCA) notes that the pit bull jaw has no uniqueness. What they have is muscular jaws, and once they grip on something, they can let it go.

That which makes many people see a pit bull having locking jaws is its big mouth and a wide smile. You shouldn’t be terrified, because experts say there is no cause for alarm.

Number Five: The Pit Bull Has A Bite Rate Higher Than That Of Any Other Dog

Stats on dog bites are tweaked to make pit bulls look like the crème de la crème of biting. Furthermore, when a bully breed gets involves in a dog attack or a dog bite story, those who write it fuel the misconception and sensationalize the overall story.

AVMA (American Veterinary Medical Association), a reputable association, notes that it is impossible to calculate a breed’s bite rate. It is challenging to keep up with dog bite stats, seeing that they occur many times, and not most of them lead to severe injuries.

Penning off on the myths

You should be seeing and feeling differently about pit bulls, now that you’re in the know. Share the debunked myths, but before you do that, read on and see a couple of reasons why pit bulls are absolute loves.

Pitbull Facts You Should Know (You’ll Love Them After This!)

If you don’t know, pit bulls are one of the most adorable dogs in this world. When I say this, I am not ignoring the fact that they have a troubled reputation. This section is the portion that’s going to make you see how much of a joy it is to house a pit bull.

Pit bulls are smart, sweetly hilarious, and loyal to the bone. So many people celebrate the pit bull, and that explains why we have a national pit bull day (October 25th) to honor such beautiful beasts. In this read, you will find the most impressive and surprising facts about these very loyal companions.

1. Pit Bulls Are English By Origin

The ancestor of the pit bull was the Old English Bull Dog or the bull-baiting dog. When bull-baiting was deemed inhuman, the bulldogs got crossed with terriers. The result was the beautiful beast we have today that is both agile and athletic.

2. Pit Bulls Are The ‘Captain Americas’ Of The Animal World

In the 1900s, pit bulls were seen as mascots, family dogs, and heroes of the battlefield. In the First World War, pit bulls were part of the American forces in posts and on the fields. For being brave and loyal, the pit bull was the perfect combat animal.

The most decorated canine to have been part of the U.S. military was Sergeant Stubby. He was part of the troops who fought in French trenches. Stubby received Purple Heart, which is why he was a sergeant.

3. Pit Bulls Are All About Business

Talk about tenacity! Everything that a pit bull puts its mind to, it does not fail to achieve. Seeing that that is the case, a pit bull can be an excellent sportsperson (yes, because dogs are people too). Agility courses are nothing to pit bulls, and it is on those platforms that they get to showcase their speed and strength. The one caveat to all this agility is that the bulls can be stubborn.

4. Pit Bulls Love People With A Love That Is, At All Time, More Than Love

I don’t want to sound corny, but pit bulls are in love with humans. They want to cuddle, nest, snuggle, roll over, crawl – all to get your attention. If you allow them, they will become your best friend.

And don’t listen to the people who talk about pit bulls being aggressive, because they are not. Other breeds like the corgis, golden retrievers, and beagles are more prone to aggressive behavior – compared to the pit bull!

Yes, pit bulls have trouble tolerating other dogs. Look at where they are coming from – bull-baiting and now, dogfighting, especially.

A bulldog that has been engaging in dog fights might not live well with other dogs. The pit bull will, at many times, see the other dog as a persona non grata.

But that shouldn’t scare you. As you train your pit bull, make sure you introduce it to other dogs, if they are there. But Bully won’t mind being the only woof in your world.

Look at their energy levels and their vivacity. Those two things should tell you that pit bulls are probably the most entertaining canines under the sun. They will roll on the ground like they are on ecstasy and demand to get loved. I’m talking about the beautiful beasts having a great capacity to love and be loved.

Without a doubt, pit bulls have a terrible reputation, and things are not going to change very soon. The bad reputation, however, does not throw shade on the goodness of the beauty in the beasts. For dog enthusiasts, you should be loving pit bulls now more than ever, and I am sure that they will teach you a thing or two. Also, tell the world not to fear, because pit bull is here!