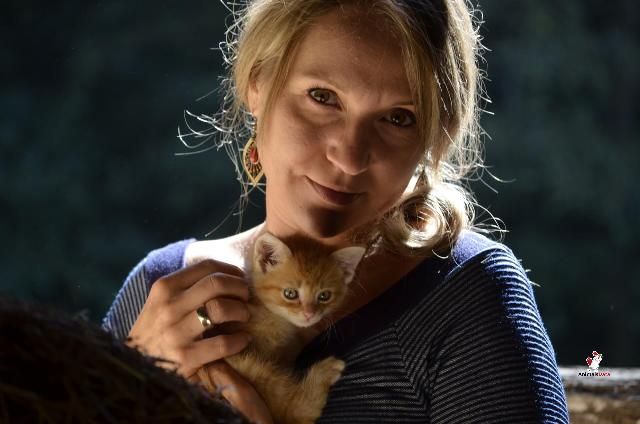 Cats set foot in America as the 14th century (the 1500s) was coming to an end. The European colonialists, traders, and settlers may have brought the feline with them.  By the 1500s, their population had immensely grown, and they were hunting down rodents all over America.

How Long Have Cats Been In America?

Regardless of the species, cats have been on the continent for a couple of million years. The modern cat has not been in America for a long time, maybe a couple of hundred years. However, others of its kind – its ancestors – have been around for many millenniums.

Let us pay attention to one of its oldest ancestors, the saber-toothed cat, who roamed the Americas during a time immemorial. This species existed in the Americas 42 million years ago – crazy, right? They became extinct 11 thousand years ago. The extinction happened because humans appeared on the American continent, disrupting its natural ecosystem. The other reason was that the climate was rapidly changing when the Ice Age ended, and the cats could not survive since they hang on the coldness of that period.

How Did Cats Come To America?

Well, cats sailed the seas in the company of their European masters, who were coming to America to colonize the continent and its people. At the time of their coming, the word used for the animals was not a cat but a ship cat.

The colonialists referred to them as ship cats because their primary purpose was to rid the ships of all rodents. As they were taking long voyages, the imperialists had to store food in large quantities. Rodents would often contaminate or interfere with the ship’s supply of food, which would paralyze sailing journeys because of the threat of starvation. The sailing Europeans needed to make sure that the food reservoirs remained intact, and that is why they called on the cats.

So, at the time America was being born, cats were merely workers kept for their utility value. They were not the scratchy, fluffy, cute-eyed, and meowing buddies that thousands of American families now enjoy rubbing.

When the setters hit the American coast, they took on the cats into the housing. So, cats are as old as the union of states.

Are Cats Native To The United States?

The domesticated cat is a non-native species of the U.S. Evolutionists link it with the African and European cats, which are wild species. They have the same ancestral roots since they belong to the same genus.

Where Did Cats First Live?

The specific wild cat species that the domestic cat came from first lived in the Middle East region. This wild one may have migrated to Egypt and got tamed there. That movement should explain why Egypt is the point of origin for all domesticated cats.

However, a 2007 DNA study reveals that the wild cat, although in different species, was all over the world, in modern Europe, China, Central Asia, and South Africa.

Later 2008 studies reveal that the place where cats first lived was Southwest Asia. So, we can safely say that the cat incipiently came from the area around North-eastern Africa and South-western Asia.

When And Where Did Cats First Become Domesticated?

The domestication of cats happened around 8000 years ago in the Fertile Crescent – now the Middle East region. Before cats and humans started building relations, experts have it that the two had been living next to each age for thousands of years.

Cats used to purr and meow around communities of one of the earliest human civilizations – those who lived in the Fertile Crescent. The humans were practicing crop farming, and rodents such as rats and mice got attracted to the food. Then, they penetrated the human farms to eat the produce.

Because of their wild instincts, cats used to pursue the rodents to make kills. So, they followed the little ones. At this point, humans saw the cat’s rodent-eliminating benefit. Cats are the ones who invited themselves to domestication because they frequented the farms where the rodent was. Since it was of help to humans, they did not scare the felines away.

With domestication, cats experienced changes in their anatomical structure and behavioral patterns. However, even the modern house cat can survive well in the wild. Some of the changes that happened include:

1.Change in body mass – the modern cat is smaller than the wild one. This feature was a pre-adaptation, making the cats seem harmless before human beings. Imagine having three cats the size of a dog! Wouldn’t the house feel like the jungle, the cats being the predators and you being the prey! Survival for the fittest?

2. Socialization – because of living around human beings, the cat became more social. It developed gestures that help it to communicate with people about their immediate needs. Compared to dogs, cats have an advanced body language system. If you have both a cat and a dog in your house, you will agree that the cat’s communication is easy to understand.

3. Love for play – in domestication, the felines became attracted to play. This feature forms the affectionate relationship between humans and cats.

With these minor changes, the felines became more in-house. They stopped being utility animals and instead become little items of affection.

In And Around The History Of Cats

Egyptians, who are one of the earliest human civilizations, had great respect for the cat. This information is according to archaeological records. In Egypt, at an area called Beni-Hassan, scientists discovered a cat-only cemetery. The place has at least 300,000 mummified cats! Talk about suckers for cats!

If you didn’t know, the Egyptian love goddess had the body and the head of – you guessed it right – a cat! If the law keepers of Egypt found you guilty of killing the feline beauty, you would get a death sentence.

There was exceptional respect for cats in ancient Rome. The felines got viewed as items of liberation. The Far East side saw cats as protectors of very-special and highly-valued manuscripts. Rodents used to nibble on the scrolls, and the only method of extermination would be to make use of the cats.

During the Middle Ages, things took a different turn. Cats got likened to demons in Europe. Societies started killing cats, saying that they were no different from witches – devils in a furry coat. With this killing culture, the population of cats decreased significantly. When the plague happened, it spread so fast across Europe, probably because there were no enough cats to deal with the black rats carrying the plague-causing bacterium.

In modern-day times, pop culture has romanticized the image of the cat. The film industry has brought cat protagonists such as Tom in Tom and Jerry. However, the world has retained the mysterious look-and-feel that surrounds cats, and the animal still gets associated with evil. It seems like history takes a toll on anything, even these felines that we so much love.

When Did Cats And Humans First Live Together?

Archaeological evidence posits that cat-human interactions were alive by 7500 B.C. Cats had affected human culture, as humans were practicing cat burials. Interestingly, cats got buried next to humans around 9000 years ago during the Neolithic period. The artifacts that guide these conclusions are intriguing – a bust sculpture where the artist combined a human and a cat. Wowing, right?

At the moment, humans and cats are living together under one roof in many places in the world. However, the United States has the highest population of cats, the figure being at least 74,000,000. Here’s how the U. S. compares to other cat-loving countries:

Here Is Some Tabulated Data On The Methods Which Cat-Lovers In The United States Obtain The Animals:

In Many States, Cats Are In High Numbers. Here Are Is Some Data On The Places That Love Cats The Most:

This section will probably make you want to check whether you have fur on your skin. Humans and cats share around 90 percent of genes!

So, what does this DNA sharing thing even mean? In the autosomes (non-sex chromosomes), there are DNA segments. If you placed the DNA segment of a cat alongside that of a human, you are likely to find matching parts. Evolutionists would say that one time, a human being and a cat had no difference.

So, if there’s a cat around you, stray or not, treat it like you would with your brother or sister. We were once one thing, probably.