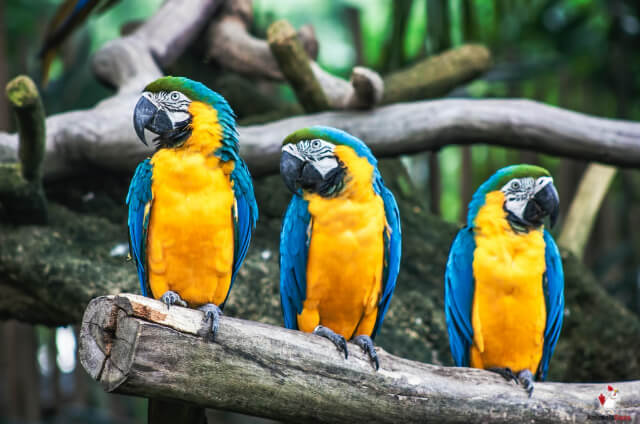 There is no one answer to this question because many animals have scales; others have them in different forms (hair, feathers, nails). But the general categories of animals with scales are fish, amphibians, reptiles, birds, insects, and mammals.

You should know that scales are related to feathers, nails, and hair since they contain the same material: keratin. And these features have evolved to help animals protect themselves and settling into their spaces. For example, scales allow fish to move comfortably through the water. For mammals, hair helps them to stay warm, especially during and through the extremeness of winter.

For more about the topic, keep reading here till the end. I have organized a boiled-down list of animals from all the viable categories. Be sure to comment on the animal whose scales fascinate you the most.

This is one of the unique fish in the world. It lives or can be found in the waters around the Australian continent and the insular territories. And more, the scales on the pineapple fish’s body are rugged, large, and tip-sharp. If you’ve seen a pineapple, you know how its outer covering looks. The fruits share visual similarities with the fish, thus its fruity name.

Supposedly, the pineapple fish is not that great of a swimmer. Quite surprising for a fish, right?

This is a bird of prey (falcons, hawks) found on the river and lakeshores of China, Korea, parts of Russia, Japan, and Taiwan. It is a full blackbird that bears stripes on its back, chest, and head. However, parts of its feathers and legs are white. And the scales, well, are found on the legs, leading to a set of powerful, sharp claws.

Of all the sea eagles, the Steller’s is the heaviest and largest.

This is a reptile that belongs to the Iguanidae family. Globally, iguanas are one of the most popularly scaled animals. You will find them spread out in parts of the Caribbean, Central America, and most of Latin America. As you see from the technical names, there are varied species of iguana.

Iguanas have scales all over its body, most of them being rough. On top of that, they have scaled humps/ridges on their backs called tubercular scales.

You will find woodpeckers all over the world, their most outstanding feature being their beaks. Woodpeckers use their prominent beaks to drill holes into wood to get their feed.

Many people don’t know that woodpeckers have stickily long tongues. As they drill tree barks, those tongues extract the food.

These are one of the most common scaled reptiles in the world. You will find crocodiles in Australia, Africa, Asia, and parts of America.

A crocodile’s skin is entirely covered with rough, hard scales. These help them to take in enough heat during the day. When nighttime comes and the temperature drops, the reptiles enter their water spaces with their heat reservoirs to keep them warm till dawn.

You should know that crocodiles do not have sweat glands. Instead, they release excess heat through their reptilian mouths.

Scientific Name: Many Species of the Order Lepidoptera

These insects are famous for their many wing-color combinations, which is their most outstanding characteristic. The one thing that many people don’t know is that thin, small plates form a butterfly’s wings. In that case, therefore, these insects are taken as scaled animals.

Each scale (or plate) measures about one micrometer (0.001 millimeters). Some of the roles played by the scales include:

b) Hiding from predators

Scientific Name: Many Species of the Group Ophidia

Snakes are undoubtedly one of the most popular reptiles in the world. They are legless and have an elongated body. Their tongues are forked, and many of them have flattened heads that beat large eyes. There are at least 3000 snake species (including rattlesnakes), except in the Antarctic and the Arctic regions.

Like crocodiles, most of a snake’s body is scaled. The scales are usually different with differences in environment and breed. The snakes use those covering as camouflage before they launch an attack or if hiding from threats.

Also, the scales provide traction that helps in moving through hard ground.

Scientific Name: Many Species of the Order Pholidota

These are desert mammals (yes, they are mammals) are found in Asia and Africa. They love feeding on termites and ants. Like anteaters, they use their sticky tongues.

Among the listed animals, pangolins are the ones with the most prominent scales. The keratin-made items cover the mammal’s entire body, except the abdomen, snout, and legs.

The scales help the pangolin to stay safe. When a threat approaches, the pangolin rolls into a ball. Anyone who tries to touch the ball may get injured since the scales are pretty sharp.

9. The Moth (Another Surprise!)

Scientific Name: Many Species of the Order Lepidoptera (But Not Butterflies)

Like butterflies, moths also have scales that are most visible during the night. They are found globally in cities and love to explore lights and bulbs.

Their scales are fragile, flexible, and functional; they give the moth its color and help in thermoregulation.

This is yet another fish that has fins and scales. Because of the 1975 Horror-Adventure Jaws, the great white shark has grown into one of the most popular underwater giants.

Its scales are hard and go by the name dermal denticles. They help to protect it against its toughly harsh environment to ensure survival.

Like lions and bears, great white sharks are at the highest tropic levels in the food chain. The main predators are, well, humans.

If you didn’t know, now you know. Those are the top 10 animals with scales. The list provided covers mammals, reptiles, fishes, and even non-vertebrates. As you have picked out, scales are not merely decorative, but they are functional depending on the animal that wears them.

If you love that read, you’ll love the following exotic topics:

1. How Intelligent Are Snakes?

2. Can A Grizzly Bear Climb Trees?

3. Pangolins As Pets – Is That A Possible Thing In The USA?