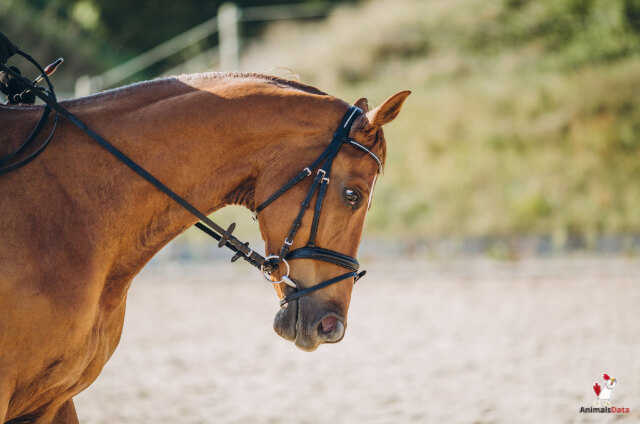 Horse statues are symbolic, and this goes way back to the Middle Ages. During that time, after the fall of the Roman Empire, people in command and knights were on horses. On the other hand, soldiers were on foot. As a symbol, a horse was appreciated for its power and prestige.

Whoever sits on a horse gets elevated, and there is a saying that qualifies that idea. Horse statues are made of people who were once considered powerful and famous. The depictions always include a person on a horse regardless of whether they rode it when they were alive or not.

There is a popular myth in the U.S. and the U.K. that can be summarized with the following bullets:

1. When you see a horse statue (with a person) and the horse had both its front legs up in the air, it is believed that the person on it died during a battle.

2. When you see a horse statue (with a person) and the horse had one front leg up in the air, it is believed that the person died after a battle where they got severely wounded.

3. When you see a horse statue, and the horse had all its hooves settled, there is a belief that the person did not die during a war. However, their death happened naturally – they died in peace.

As implied earlier, the beliefs hold some form of truth, but as seen, there are exceptions. If you look at the Gettysburg statue of James Longstreet, you will get the idea. The man was not wounded in the battle, but the horse he is mounted on has one of its hooves raised.

The two main symbols that a horse depicts are freedom and courage. The horse is a majestically looking animal, and it elicits the feelings of independence, nobility, endurance, triumph, competition, and heroism.

Also, the animal is a significant piece in the development of history, the intertwining of mythology, and the telling of folklore. In battles, horses were loyal companions. Some people had a particular reverence towards horses and even gave them deity status.

On multiple occasions, horses would attract lots of respect. Also, some of them lived better lives than humans because of their sense of nobility. Horses brought grace, wealth, and power to their owners, and they were taken as items of both royalty and loyalty.

Long ago, horses were used to help men travel. In our world, people who specialize in spiritualism say that a horse’s spirit enables us to discover the universe within ourselves and the world around us. The animal gives us a forward-moving impetus to succeed in anything we venture into. Also, it helps us to be the best version of ourselves.

Spiritualism notes that when a horse is tamed, that can be likened to achieving human self-control, that is, a dominance over our primary urges, for example, sexual appetite.

In the sections that follow, you will get to know what the horse symbolizes in various parts of the world.

So, what were Native Americans feeling, or what do they think about the horse? In their culture, the horse is a spiritual being, and its symbol represented freedom and a token of war.

The tribes who won battles in Native America had the most number of horses. Also, anyone who had many horses was seen as among the wealthiest in the tribe.

In Native American symbolism, the blue horse speaks of the person who sat on the chieftaincy of the Oglala Lakota tribe. The tribe saved distressed white people. Ironically, the chieftain battled white colonialists for over half a century.

The symbolism of the blue horse is born of the number one horse. This first horse is the one that Indians could ride after catching. The depiction of the horse spirit was of a clan animal that gave life to the dances of the tribe. The Native Americans saw the blue horse as a symbol of strength, motility, stamina, and power. Also, they had a lot of respect for it.

When the Red Indians saw it for the first time, they saw it as a deity – a demigod. They would call it the Big Dog, or the God Dog. Any Red Indian who saddled and rode on the horses was believed to have divine power. Custom dictated that the horse be painted so that its magical powers would get increased.

In Japanese culture, people saw the horse as a divine being – a spirit animal. Also, they believed that God came into the world riding on a horse.

In China, white horse mythology has it that the animal brought sutras to the Buddhists for the first time. This means that they facilitated the introduction of religion to the East. The spiritual meaning and value of the horse were in the form of integrity, courage, power, and perseverance.

The Chinese Zodiac includes the symbol of a horse. The symbol is powerful, and it conveys the spiritual values of faithfulness and nobleness.

In Eastern history, the animal was seen as man’s companion in battle and in good times. It is a heroic sign that helps to discard evil out of the world and an emblem that represents justice. People governed and guided by the horse symbol are often friendly and social. Also, they have a push in them to become reliable and honest because they have an inner ethical sense.

Chinese mythology has it that the symbol of a horse is a half-dragon and half-horse creature with the powerful ability to fly.

There is a myth regarding sericulture where the horse head symbolism originates. A girl has promised a horse that she would marry it, but this was conditional. The horse was to bring her father back from the war, but the man killed the horse. What remained of the horse – the hide – flew one day and settled on the girl. Then, the girl shapeshifted into a silkworm.

Most denominations of Christianity that refer to the Bible know that horses are mentioned, and their symbolism is dependent on their color. In the Bible, a white horse symbolizes death. Also, a black-colored horse is likened to more evil and destructively devastating characteristics.

When white horse symbolism gets combined with black horse symbolism, there forms a depiction of both life and death. More positively, the horse is significant, and it represents speed, generosity, courage, and resurrection.

In the Book of Revelations, the white horse is the animal that Jesus will return riding. With the animal, he will come to restore his rightful place and stamp over all the evil in this world. The horse is a figure of holiness and purity. In the Apocalypse, there will be four horsemen. The red horse will carry the creator of war during that time.

The white horse alludes to conquest. The owner of the white horse is either the Antichrist or Jesus Christ. While the black horse symbolizes famine, the green one, which is the fourth, signifies death. According to John of Patmos, all the horses were sent (or have been sent) to unveil the final judgment.

In ancient times, horses had garnered a lot of respect. Rameses II, a pharaoh in the Nineteenth Egyptian Dynasty, chose not to eat with his officers but with his horses. He considered them to be nobler.

Because of the climatic conditions (probably), horses were rare to find. There were animals that only the wealthy could buy. Apart from their high cost, horses were fed with the best food, given the best treatments, the most attractive barns, and even given names.

In Northwest Africa, men ride horses as part of the traditional exposition. This exposition is familiar during weddings and festivals. The display is called ‘Fantasia,’ and includes men in an ensemble who have traditional clothing. Then, the men fire their arms while horses gallop in synch.

The spectacle that this display is similar to that of martial arts. Also, the symbolism shows the deep connection between the horse and its owner.

In Guinea, one custom dictates that locals cut the tail of a horse. Then, the item serves as a peace offering to the gods and promises a good harvest ahead.