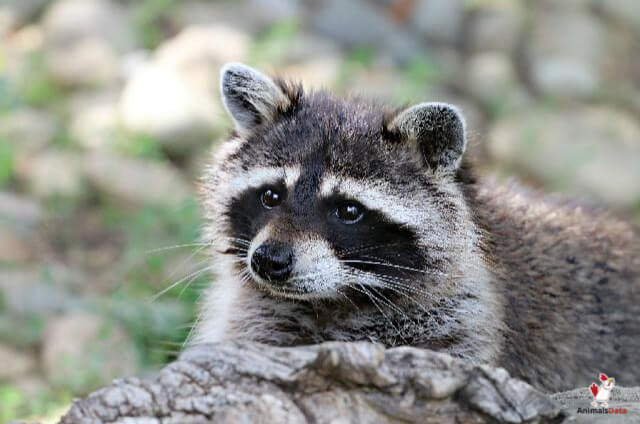 Since raccoons are wild animals, their predatory instincts are alive. So, they will prey on any rabbit that is within their reach. If you like letting your rabbit hop around your yard, do not be surprised if a raccoon consumes it.

Although they appear to be omnivorous, raccoons are extreme and vicious animals. The one advantage that rabbits have over raccoons is that raccoons do not have speed. On the flip side, rabbits are among the speediest in the animal world.

Because of this speed variable, it will be difficult for a raccoon to take down a rabbit. The only way raccoons tend to overpower rabbits is by pinning them down in their location. Raccoons love to eat meat, and getting a rabbit for brunch would be good since rabbits are purely made of meat. So, you will see a raccoon pursuing a rabbit with all its energy, not caring about the impossibility of executing the task.

If you’re reading this article, it means that you’re wondering whether your rabbits are safe and okay from predators like raccoons and other wildlife. For that matter, we have organized a detailed guide for rabbit owners, which will help them stop being fearful and protect their bunnies in the best way possible.

As a rabbit owner and a pet parent, the most critical question you should answer wisely is this – should I Iet my rabbit go outside and stay indoors? Rabbit experts recommend that some rabbit breeds be kept inside and in a cage, and others be left out to enjoy nature. Whichever the case, we should take extensive measures to ensure that the little animals remain protected.

Rabbits And Their Popularity Among Predators

Rabbits happen to be the most favorite target for many predator animals out there. Leave alone raccoons; your rabbit can be devoured by a leopard, a cougar, or a bobcat if there are somewhere they’re not supposed to be. Also, venomous and constrictor snakes exist, and these can take down your rabbit within the thwart of a duck’s tail. And apart from ground animals, avian predators also exist. Birds can grab rabbits by their claws and kill them mid-air. So, most or all rabbits are in some form of danger at any one moment.

How Do Raccoons Find Their Prey?

Of the many wild animals, raccoons are considered to be among the wisest. They usually hunt down their prey using a strategical manner. They take their time to study prey movements. This goes on for a specific amount of time, until when the raccoon is ready to attack.

Apart from hunting down prey, raccoons are also omnivores. So, they quickly eat items such as pet food leftovers and backyard grapes. They usually move from house to house while searching for different foods.

When they have unsuccessful scavenges, they will start attacking small animals like cats and rabbits. Their intelligence, which is their one main strength, makes up for their slow running speed. Thus, rabbits may not survive a hunt.

Raccoons Versus Rabbits Out In The Wild: A Comparison

You may think that rabbits live and survive in the same way at home as they do in the wild. Well, that is exceptionally untrue because the laws are different. The laws of the jungle cannot be compared to those of a confined space such as a home. When you understand that, you will not allow your pet to stay out in the wild, even in your yard. As a pet parent, you should be committed to caring for your pet.

In the wild, raccoons and rabbits engage in fights. If a raccoon comes across a baby rabbit, it is likely that the baby rabbit will not survive the ordeal, especially when their mother is not around. Mother rabbits usually stay close to their baby bunnies to prevent any kind of attack. If the mother sees a raccoon approaching the hiding area, she will prepare to fight him. The raccoon will receive kicks and will also be bitten multiple times. Their hind legs can cause a fatality, especially if the rabbit makes an impressive hit on the raccoon.

After reading that, you may think that your rabbit is always ready to fight and defend itself. Well, that is not the case. When you take a rabbit into a human home, they lose their chance of learning and experiencing predation. Thus, their bodies will not be prepared to deal with an enemy such as a raccoon.

But we’re not telling you to take your rabbit back to its natural habitat. We want to guide you on how to keep your pet rabbit safe.

Ensuring That Your Pet Rabbit Is Safe

With each passing day, pet rabbits are becoming the loves of our lives. The rabbit is among the most adorable pets, and people love them and love having them as pets. Even with that in mind, we need to remember that rabbits are delicately sensitive. They can easily be exposed to many health-related problems, which may be hard for them to overcome.

To ensure and guarantee the safety of your pet rabbit, you should always take the appropriate and needed precautions while caring for them in the best way possible. We strongly recommend that you keep your rabbit indoors at all times. If they are indoors, ensure that they remain in a cage.

Potential hazards such as exposed electrical wires and cords of drapes or blinds should be kept away from the rabbit’s cage.

The paws of raccoons are small, and those little hands can fit through the cage’s grids. When a rabbit sees that the raccoon is closing in on them, they may not take it nicely, and they may suffer a heart attack. If you are taking your rabbit outside, you need to be with the bunny at all times. Remembers, rabbits do not like to stay in captivity for long. They may as well run outside your yard and into the wild, and we are sure you don’t want that to happen.

Apart from raccoons, there are other rabbit predators. I will provide you with a tabulated quick list before we dig into the details of some of the predators.

Despite the cute and adorableness of rabbits, many animals don’t like to see bunnies alive. As implied throughout the article, rabbits are almost defenseless, and the only way they defend themselves from predators is by flight and maybe a little fight.

Here are some explanations for a number of the listed animals. Explore.

Reliable sources have it that the primary food sources for many foxes are rabbits. Of the many Fox breeds, the most popular is the Red Fox. These animals have adapted to many environments, such as fields, forests, woods, and agricultural lands. In urban areas, the fox flourishes because of salt marshes, dunes, mountains, and peat bogs.

A reference for this article notes that the staple food for foxes is a rabbit. However, that is dependent on the environment in which the fox is in.

As you may already know, the wolf is a carnivore, and so you will find it eating a variety of animals. Per day, a wolf will eat an average of around 20 pounds of meat. While the wolf’s focus is usually on large ungulates, they occasionally prey on small ungulates. Rabbits appear in their diet a couple of times.

For wolves, a diet of rabbits is more of a supplement than a main meal. Also, they prey on rabbits when there are no large animals to take down. In Minnesota, however, rabbits are the primary food sources for wolves after the white-tailed deer.

You will find wild dogs called dingos in Australia. This dog species was introduced around 4000 years ago in the continent. As an opportunistic carnivore, a dingo sees rabbits as a good staple source of food.

The wild dingo dogs are distributed all over the continent, going beyond the very famous dingo fence. Also, you will find them in grasslands, woodlands, and rocky terrain, as these are their favorite habitats.

While dingos hunt in packs when wanting to take down massive game, rabbits usually call for individual dingos to make the kill.

You will find this animal of the cat family all over Alaska, in most parts of Canada, and the southern parts of Washington. Their other name is a bobcat, and there are medium-sized cats. The lynxes love to live in rocky coniferous areas, swamps, and bogs. Snowshoe rabbits, which are more commonly identified as snowshoe hare, form a significant part (75%) of the lynx’s diet.

As they live in the Americas’ upperparts, the lynxes do not get opportunities to do hunting. As a result, they prey on rabbits present in those parts.

This animal is found in places like Arizona and Texas, that is, the Southwestern parts of the United States. Also, you will find the ocelot in many parts of south and central America. Ocelots like to stay in dense forests and other parts like savannah, rainforests, mangrove swamps, and thorn forests.

Although the ocelot is a solitary hunter, you will find it moving and making kills in packs. This animal belongs to the cat family, and so, you will find it preying on rabbits easily. Therefore, rabbits are among the primary food sources for ocelots.

As they are pure carnivores, big cats stick to a specific diet – they only eat meat and other related food items. Because of their large size and number in packs, they usually go for larger animals.

However, tigers and lions can go for rabbits, but as between-meal snacks. When there is a food shortage in the wild, these big cats will hunt for rabbits aggressively.

Apart from being scavengers, coyotes can also be hunters. Seeing that that is the case, a coyote will not be choosy about what food to eat. While it is traditionally thought that coyotes are carnivores, they are, in fact, omnivores. Their diet mainly consists of animals like rabbits, which is why they are part of this list. If rabbits are available, coyotes will not think twice about pinning them down.

Coyotes are mainly found in the Americas – in the forests, mountains, deserts, and plains of Mexico, Central America, Canada, and the United States.

If you haven’t seen a wolverine, know that they resemble the smaller bears. Of the many members of the Mustelidae family, wolverines are the largest. They are omnivores that also go by the names gluttons, carcajous, and skunk bears. Their distribution is equal throughout the northern hemisphere, in Europe, Asia, and America.

Wolverines like to stay in the taiga, tundra, and boreal forests. Since they are omnivores, wolverines will eat most things. However, they prefer meeting the ‘meaty’ requirements by disrupting the peace in rabbit burrows.

When there is a food shortage during wintertime, wolverines will scavenge and eat corpses of large and small animals. They also burrow to get hibernating animals. We can say this – while rabbits are an important part of a wolverine diet, there are not necessary for the predators to survive.

Ferrets are obligate carnivores and are nocturnal animals – they hunt at night and sleep during the day. Also, ferrets have good ear and eyesight, and their noses have a keen sense of smell.

Forget about exotic ferret pets. When they are out in the wild, ferrets have rabbits as their primary food source. Apart from rabbits, ferrets also hunt for small creatures such as possums, birds, and rats. To keep away from their predators, they shelter in burrows.

An exciting thing about ferrets is that they eat everything – meat and bones. This is possible since they have small intestines and, thus, a high metabolic rate. Per day, a ferret consumes between 50 and 60 grams of meat.