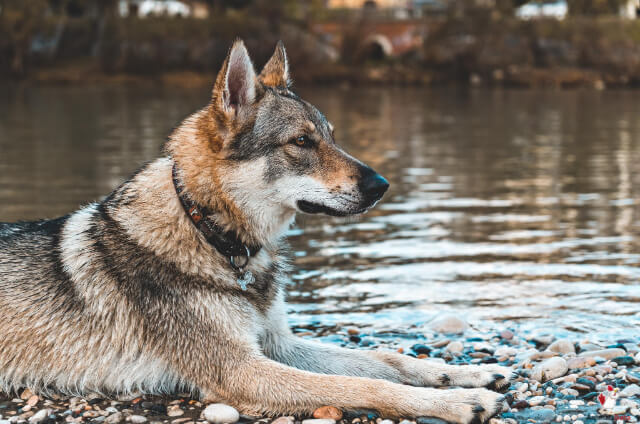 When you look up Navy SEAL dog breeds, the dog that will appear is the Belgian Malinois, also known as the Belgian Shepherd or the Belgian Sheepdog. This is because it is the canine that is predominantly utilized and used by the Navy SEAL team. The dog breed is favored for its stealth, loyalty, agility, and intelligence with acute vision and impressive speeds.

You may be thinking that the German Shepherds are first among all Navy SEAL dog breeds, but no, they aren’t. Actually, the Belgian Shepherd is leaner and lighter than those traditional police working dogs. The Belgian Malinois has an impressively compact frame that helps in rappelling (abseiling or a controlled descent) and tandem parachute jumping. Those two movements are crucial to the many SEAL missions undertaken.

Also, the Navy SEAL dog breeds have a unique smell sense, making them the best in detecting IEDs (Improvised Explosive Devices). This article, therefore, will look at the ins and outs of the Belgian Malinois. You will first go through some quick facts before you learn more breed details. Now, let’s see what this Navy SEAL dog breed is all about!

Among the many dog breeds globally, few are as hardworking and as loyal as the Belgian Malinois. Many times, people confused them with the German Shepherd Dogs, but there have some significant differences. For example, the Malinois has lighter bones and is smaller than the GSD.

The Belgian Malinois (pronounced ma-li-nwa) has an impressively particular working ethic, and it performs excellently in many of its doings. Here are the facts:

1. A City Inspires The Dog’s Name, One In The Kingdom Of Belgium

The dog was bred and developed by reputable breeders in Malines, a city in Belgium. Because of that, the birthplace of the dog inspires its name – Belgian Malinois.

2. Breeders And Developers Intended That The Dog Be A Herding Dog

Like the Australian Shepherd and the Border Collie, this Navy SEAL dog breed was work as a herder. In fact, it is only one of the other four sheepdogs bred in Belgium. Times has made the dog very useful, and it has grown out of the herding group and into the versatile-dog category.

3. The Belgian Shepherds Are Part Of Many US Police Forces

The AKC’s Gazette January 1908 issue noted that some Belgian Sheepdogs were included in the NYC police force. At that time, the breed was new, but now, it serves in many police departments. You can say that it competes with the German Shepherd Dog and other dog breeds in the law enforcement field, canine division.

4. The Belgian Malinois Dogs Did Not Miss The First World War

After being include in the police forces in 1908, it wasn’t long before the Belgian Malinois’ military career kicked off. In the war, the dogs served as assistants and messengers of the Red Cross. Some accounts and reports have it that they also pulled carts with firearms.

5. (Important) The Belgian Malinois Is Among The Navy SEAL Dog Breeds

These days, military departments of different countries include dogs as part of their servicemen and servicewomen. In the US, for example, there are Belgian Malinois dogs that have done so much for the military. The brave canine – Cairo – was a helper to the SEAL Team 6, you know, the one that took down the terrorism enemy, Osama bin Laden back in 2011.

A Belgian Malinois dog that gets absorbed into the military gets its night-vision goggle and special body armor.

Now, look at the nitty-gritty details of this military-qualified dog. Here’s a short table to kick things off:

A Rather Long Rundown Of The Breed

In Europe, the Belgian Sheepdog is also known as the Groenendael. Of the four sheepdogs bred in Belgium, the Belgian Malinois is a variety with a solid color. Its coat is long and black, giving the dog an elegant, graceful, and imposing figure.

Apart from being beautiful, the dog is impressively athletic and has excellent working ability. This means that it can work well in obedience competition, agility tasks, and even hunting.

With the Belgian Sheepdog, you get the combination of a versatile work dog and a gentle family friend and companion. If you give the dog the exercise and training it needs, it will be compliant and operate peacefully. An hour of play or activity will be enough for the Belgian Sheepdog.

Perhaps the top trait that this breed has is its energy. So, before you even buy it, you should know that it will be all over the place. The dog won’t enjoy being lazy; you will need to give it many tasks because it is a working dog. Remember that if the Belgian Malinois weren’t sleeping on its bed, it would be out herding flocks of sheep. So, expect the dog to shepherd you or your family instinctually.

If you are the kind of person who works long hours away from home, it would be best if you didn’t get this dog. Like the Maltese, members of these Navy SEAL dog breeds are not supposed to be left home alone. If that happens, the dog will activate its curiousness and probably break things that you will find expensive to repair. Also, staying alone for a long time may make the dog develop separation anxiety, a psychological issue.

The Belgian Shepherd will thrive in homes and houses that have fenced yards. Because of its herding lineage, the dog is a natural chaser. Thus, failing to contain it means that the dog will take off after cars, bicyclists, and joggers who pass by your house.

This dog can also accommodate other dogs and even cats only if they are brought up together. With strange animals, the Belgian Shepherd is likely to react differently, even aggressively. Because of its natural hunting, herding, and predatory instincts, the dog may end up chasing the new cat or dog. For instructions on how to helps dogs in getting along with cats, read here.

Ideally speaking, the Belgian Sheepdog is alert, brave, smart, and can show particular devotion to its family. When the dog is not under anyone’s command, it is always in motion. During the pacing, you will notice that the dog has excellent observation skills, making it a good watchdog.

Because the Belgian Malinois comes from a line of herders, it is naturally inclined to distrust strangers and unfamiliar creatures. So, if the dog does not get adequate training and socialization, it can be very aggressive. If it does, expect it to act confidently and carefully. It is unlikely that the dog will attack anyone without reason if it has discipline.

This Navy SEAL dog breed needs lots of attention. It will not appreciate if you leave it alone for too long. On top of that, it will want to get involved in whatever the family is going. Ensure that you expose it to mentally-stimulating exercises like playing with puzzle toys and retrieving games.

Generally speaking, the Belgian Sheepdog is a healthy canine. However and like many other breeds, the dog is susceptible to developing some health issues.

As you consider getting a puppy from a reputable breeder or online, you should be aware of some of the following diseases:

PS: Not all Belgian Malinois dogs will get all or any one of them.

Like with humans, cancer is an issue that affects dogs too. The dog can get many different cancer types, and treatment success differs for every case. Some cancer forms require chemotherapy, others surgery, and others medical and surgical treatment.

This is a common issue that is inherited from one dog to another. It is common on large-breed dogs like the Great Dane and the Rottweiler. The disease involves the three bones which make up a dog’s elbow; it comes about when the bones all grow at different rates.

With elbow dysplasia, the dog will become lame and experience a lot of pain. And so, when your Belgian Malinois experiences this issue, you should present it to the vet. Depending on the severity of the Sheepdog’s elbow issue, the vet may recommend some pain relief medication or surgery to correct the painful problem.

The thyroid gland secretes a hormone that is critical to the life of a canine. When the production of the hormone is low, hypothyroidism develops. Signs of the disease include mental dullness, lethargy, eyelid dropping, irregular heat cycles, and obesity.

If your dog gets diagnosed with hypothyroidism, it will need daily medication every day of its life. When the dog gets its medicine, its life will be happy and full.

This member of the Navy SEAL dog breeds is both an outdoor and an indoor dog. This implies that it can live within the house compounds as long as there is a fence.

If you can, give the Belgian Sheepdog some off-leash training and exercise on top of jogging and walking. A pet owner who’s also a hiker should always take his Belgian Malinois dog with them. The dog will not mind getting tired because it is bred for that kind of thing.

Whenever you think about the Navy SEAL dogs, the first option should be the Belgian Malinois. If you have a different opinion, I wouldn’t mind if you left a comment. You will also like reading about the coolest looking dogs.