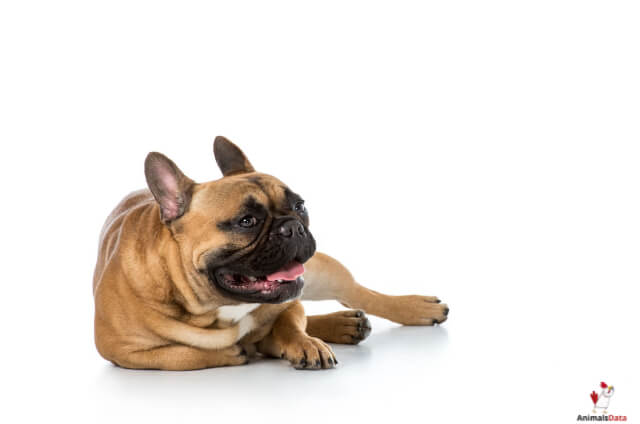 If your pooch took down an entire rabbit but didn’t show any signs of illness, it will just be fine. You should only be focused and concerned if you see the dog behaving differently from its usual style. If the dog behaves beyond or above its norm, contact a professional and ask for their opinion.

If anything was wrong with the rabbit, your dog might experience gastrointestinal problems like diarrhea, vomiting, or general body weakness. All these symptoms should warrant a quick trip to a vet. At the vet’s, you may be advised to get some deworming medication for tapeworms.

When your dog is walking and sees a rabbit, their instincts will invite a compulsion to chase. If the dog is not leashed, it will pursue the bunny until it pins it down. The unlucky bunny will have nowhere to run, and your dog will surely devour it. In this article, you will know if your dog will experience any detrimental effects when it eats a rabbit.

Over the last two hundred years, selective breeding has given birth to around 340 purebred dogs. While the canines we have and see today are diverse in a big way, some of their digestive traits have remained unaffected by the process of domestication. You will find that the dog’s gut is still similar to that of its wolf ancestors, however much it has been domesticated.

As captured in the starting kicker, your dog won’t become sick after eating a rabbit. Rabbit meat is included in a lot of dog foods to add to the protein levels.

Wild rabbits may be carrying parasites and other disease-causing microorganisms. Those tiny things may cause a lot of problems for your dog. In the following sub-sections, there will be a mention of the organisms and the diseases that may come out of a dog eating a rabbit.

When your dog decides to eat a whole rabbit, they could expose themselves to tapeworm infection. As you may already know, tapeworms are nasty parasites that are segmented, long, and flat. The worm’s head is like a suction tube and attaches itself to the dog’s intestinal walls.

It is easy to find out if your dog has tapeworms. You will notice that dog’s poop comes out in segments and not as a unit. Each of the segments usually contains numerous worm eggs, and the eggs look like grains of rice.

On their skin, rabbits usually have ticks and fleas. When a dog ingests a rabbit whole, the fleas and ticks are likely to be passed on to the dog. You should also note that your dog can get tapeworms from eating fleas, which may have been on the rabbit’s fur. Fleas and ticks also carry serious bacteria, such as tularemia.

Tularemia is also known as rabbit fever. When there is an outbreak of this disease, rabbits are the animals that are mostly involved, thus the reference rabbit fever. The condition is caused by Francisella tularensis, which is a bacterium.

While the disease is uncommon in dogs, the pooches can contract it by killing and eating an already infected rabbit. As mentioned in the previous sub-section, the ticks that hide in the rabbit’s fur may also carry the bacteria. If you are a rabbit owner, you should be mindful when handling your rabbit since you can also get the disease.

It is uncommon for a dog to get rabies from a rabbit. However, there is still a slight chance, mainly when a dog eats a whole wild rabbit. If you didn’t know, the disease gets contracted through an infected animal’s saliva or blood. If your dog’s vaccination is up-to-date, you should not be worried at all about it getting rabies from a rabbit.

Dog Eats Rabbit 101: Is It Safe For Doggie To Eat Bunny’s Droppings?

Dogs tend to eat their own droppings, so it is not unusual for your dog to eat on the droppings of a rabbit. Considering that rabbits eat quickly and frequently and poop a lot, dogs that live around rabbits usually have many doodies to eat. The poop pellets are tiny, and so your dog will spot and ingest them long before you even stop him.

For the most part, dogs eating rabbit poop will not be presented with any health risks. However, a select group of dogs has sensitive guts. So, the poop may invite stomach upsets. If your dog is not accustomed or used to eating rabbit poop, they will feel uncomfortable, which may be a symptom of an infection called coccidia. Your vet will be able to detect the infection-causing parasite by examining a sample of the dog’s stool.

The infection is highly contagious among rabbits, but it may not harm your dog. Also, the dog will get some benefits when it eats the rabbit droppings.  The pellets are high in fiber and have high vitamin B12 concentrations. To prevent your dog from eating rabbit poop, ensure that it wears a tick and flea collar all the time, especially if there are many rabbits in the area.

Dog Eats Rabbit 101: What Symptoms Will Doggie Show When They Eat A Rabbit (Tabulated)

This section will tabulate the symptoms that your dog is likely to show once it eats a rabbit. If you see any of them manifesting in your dog, get your pet to the vet immediately.

This section opens you up to around four dogs that are the ones most likely to hunt rabbits. Most of them are hunting dogs, and if you have any, be aware that it can devour a whole rabbit.

Of the many hunting dogs, the Beagle is the quintessential one. For years, it has been the most famous hound dog. This dog breed has the perfect size to pursue a rabbit and take it down through bush covering.

This dog breed is built in a low-to-the-ground form. It is known to be a mild-mannered dog, but it can go bonkers when it picks up a rabbit scent. This dog comes second to the Bloodhound, which has the most accurate nose.

Like the Basset Hound, the Dachshund is also built low-to-the-ground. Initially, this dog was bred to scare badgers out of their burrow. So, the dog has no qualms about tracking and taking down rabbits.

The most astounding thing about this breed is that it has an excellent sense of smell. So, the Jack Russell Terrier will flush unsuspecting rabbits out of their hideouts.

Before we step any further, it is crucial to note that pursuing a dog to stop it from devouring rabbits is this: an uphill battle. However, there are some moves and steps you can take up to alleviate the situation. The quickest and efficient way of keeping your dog from going rogue on nearby rabbits is by putting them on a leash. This will control their moves, and the pet owners can redirect them to another place away from the rabbits.

You can use distractions such as a treat. When the dog seems to be diverting, you should use the treat and regain their attention. This will keep them from responding to their instincts. For this to work, it will take both the pet parent and the dog a lot of patience and practice. Remember that the prey drive of dogs is so strong.

This section has been included because you may be having both a dog and a rabbit in the same house (we hope you do!) Things may get complicated at a point, and your pooch will want to nibble on the rabbit’s food. This section will explore the following question – can dogs eat rabbit food?

The quick answer is this – yes. A dog owner shouldn’t stuff all the rabbit food they have down the canine’s gut without reason. If your dog ate the rabbit treats by accident, you shouldn’t worry – the food is unlikely to cause any severe damage at all. Dogs usually eat all kinds of food, whether vegetables or meat. Reliable sources have it that rabbit food does not have any toxins or elements that can hurt dogs.

If your dog is in love with rabbit food and you’re a little apprehensive, keep reading until the end. You will find out the contents of rabbit food, and then you can form your conclusive statement on whether dogs can really eat rabbit food.

Rabbit food comes in two versions – either in pellets or in muesli-style packaging. Of the two, the pelleted food style is what is popular. The wise thing to identify the specific element in the rabbit food that your dog loves.

Muesli-style rabbit food is usually cereal-based. Also, it has a pretty colorful look. Among others, the ingredients that make up this type of food include locust beans, flaked peas, and corn. If your dog eats the muesli-style rabbit, he should not be allergic to grains. If he is, he might experience stomach upsets. The good thing about muesli-style food is that it has more proteins than fiber.

Pellets are fiber-high foods whose main ingredient is grass. Like rabbits, dogs need fiber, and so, the rabbit pellets will be okay. Generally, any rabbit food has grass and also includes vitamins and minerals.

What you should know is that your canine may get a loose stool after partaking in a rabbit foot. This is because of the rabbit’s food fiber richness. But, there is nothing to worry about since the loose stool is a good and normal side-effect. The fiber usually promotes bowel movement in pooches.

So, don’t worry when your dog eats rabbit food. They will be just fine.