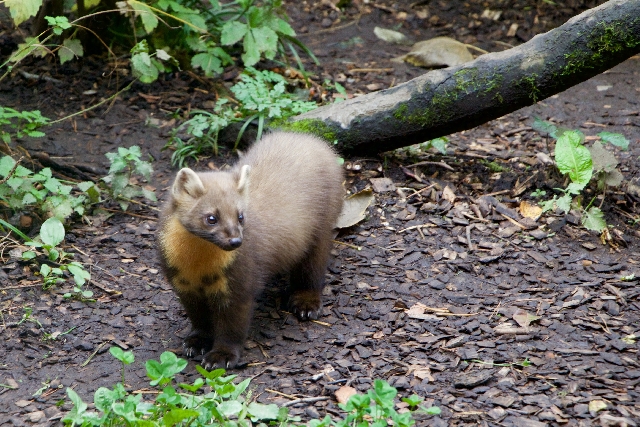 Cute, long, slender, and solitary, a Marten is one of those animals that nearly everyone who sees it wishes to keep as a home pet. These mammals are native to Asia, Europe, and North America. The relatively shy and solitary nature of martens make them appear to be ideal candidates for domestication. However, there are very little or no chances that you’ll be allowed to keep a pet marten in your home. Even if you’re somehow allowed to keep them, handling them is another hurdle entirely.

How Hard Is It To Keep A Marten As A Pet?

Keeping a marten as a pet can be a whole lot of work. You’ll have to deal with feeding, nocturnal behavior, hyperactivity, finding a conducive home similar to their habitat in the wild, and much more. These animals can be cute, but taking care of them is a full-time job.

7 Challenges with keeping a pine Marten

Just so you know, a pine marten smells like skunk juice. You know what a skunk is, right? And you know how bad the fluid it secretes smells. Well, that’s what your pet marten will greet you with every day. So if you’re one of those pet parents who love cuddling their pets, kissing them, or even taking them out to the park, you might want to reconsider your choices.

Arboreal animals are those that live in trees: just like monkeys and Koalas, martens fall into this category. I’m guessing you live in a modern-day apartment and you won’t have any trees in your house for your pet marten to climb and play. Well, they’ll simply make do with your fans, curtains, and anything climbable. The truth is even if your raise these animals in your home, their wild instinct will still kick in. So don’t be surprised when you find them ripping things off in your home or climbing up to the ceiling to hide.

Martens are like overactive ferrets. These mammals can be very very active. In the wild, a marten can mark a very large territory of 2 – 7km² and will travel for days within this territory, hunting as he goes. If you keep one at home, then your home automatically becomes its territory.

Martens have a high metabolism, meaning they eat a lot. And for the record, these animals are carnivores: they eat small prey like squirrels, rodents, and birds. In some cases, to satisfy their cravings for food, a pine marten can sometimes feed on fruits, nuts, insects, and carrion.

However, martens have been known to hunt and kill large mammals like hares and marmots. Probably they were very hungry and had to go kill and eat animals larger than they are.

Considering all these, you can be sure that feeding a marten would be a problem. It’s likely your regular dog/cat food won’t work: even if it does, your marten is likely to crave something else, perhaps a live chicken or squirrel. In short, you’ll have to spend on exotic foods (fresh meats), while throwing dog/cat meals, fruits, and nuts into the mix once in a while.

Besides the fact that martens are shy and solitary (meaning they’ll most likely want to be left alone), these animals are nocturnal. Research has shown that martens are most active at dusk and at night time. This means while you’ll be trying to get some sleep, your pet would be roaming around the house, making a lot of noise, and hunting for food. You’ll find it hard to keep an eye on a marten because you’d basically have to sacrifice your sleep to do so. A more viable option would be to keep them outside, but then there’s the risk of them getting off into the wild or other people’s homes at night while chasing prey.

Pine martens just as their name implies, love to spend time on pine trees. They also prefer habitats like scrublands and rocky hills. Unless you have pine trees in your yard, or you can somehow simulate Marten habitats, chances are your pet Marten will have a difficult stay in your home. These creatures are very energetic, and without the proper habitat they may end up tearing things apart in your home.

7. Getting Injured By Your Pet Marten

Martens can be really cute: in fact, their cuteness is what makes many people believe they’ll make wonderful pets. However, these animals have incredibly sharp teeth and claws that can be very dangerous to humans. If you’ve ever had a pet cat or puppy, you know they sometimes want to climb up on you or bite you as a way of playing with you (cats may even smack you with their paws). Imagine if a Marten bites you or pierces your skin with its claws during play: you’ll sustain some injuries. So your only option is to declaw these animals or refrain from keeping one altogether.

Declawing wild pets may seem like a viable option, but this can be counterproductive, as the animal may lose its climbing abilities. You never know when they’ll need their climbing skills to escape from predators like coyotes or wild dogs.

Things To Consider Before Getting A Pet Marten

Martens are wild animals, and just like it is for a tiger or a lion, it’s illegal to own one as a pet. The only exception is if, of course, you get a permit or a license from the government of your state. Only very few countries allow citizens to keep wild animals as pets. So, the first thing to consider is whether wild animals are allowed to be domesticated in your state: if no, then you should enquire about how to get a license for the marten.

Research has proven Martens to be transmitters of wildlife rabies. The research suggested that short chains of infection do occur in these mammals, and there’s a chance that they may become transmitters in your home.

So unless you are OK with getting a rabies infection a marten would be a bad pet choice. There’s even a chance the government would confiscate and terminate your pet marten due to the risk of rabies infection.

If you’re seeking other animals similar to a marten that you can keep as a pet, here are some nice suggestions: