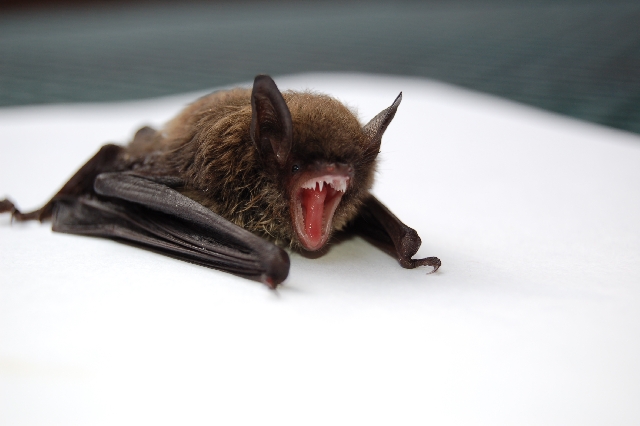 Can I own a pet bat?

Legally, no. You are not allowed to own a pet bat. This is mainly because bats are wild animals and except in the case of zoo-keeping or rehabilitation, owning one is against the law. Also, due to their dwindling numbers, bats are a protected species: even animal shelters and zoos sometimes need a license to keep bats. However, some states in the US and other countries may allow you to keep non-native bat specie as pets.

Can I Keep A Pet Bat?

In the eyes of the law, you can’t. The only way to keep a pet bat is to obtain a license from the government, and you’ll most likely be denied such a license, except, of course, you own an animal shelter facility or prove you have the means to take care of the bat(s).

Some states in the US allow for the keeping of non-native bat species, but even then, importing these types of bats would cost even more, plus you’ll be at risk of being part of the illegal import trade.

The best way to get a pet bat is to buy one from a private breeder and get licensed to keep it. However, if you’re in a country outside the US that allows citizens to keep wild creatures as pets, you may not have to worry about licensing. You can simply go ahead and obtain a pet bat, but bear in mind that there’s more to keeping a bat than most people realize. Keeping a pet bat may seem cool, but it’s actually a really bad idea.

If you’re looking for a nice, sweet home bird to keep as a pet, bats are the worst choice because they smell. This smell is mostly natural (bats secrete fluids from their skin), and also, most bats have a habit of anointing themselves with their urine.

The only way to possibly accommodate bats with their smell is to build or buy a bat house for them so that they can have their own space outside. The only downside here is that they may fly away and invite other wild bats to the bat house, or may even fly away and return to the wild for good.

3. You’re at risk of Rabies infection + other infections

Bats are the number one carriers of rabies. Even if you somehow get a license, if your bat bites you or anyone else and it gets reported, it’ll be killed and tested for rabies. Bats are not very friendly with humans, and even when your bat does acknowledge you as its owner, it will easily bite you if disturbed. It is important to get vaccinated for rabies if you must own a pet bat.

Bats are also known carriers of several other diseases to both man and animals. They can spread viruses like SARS, Hendra,  and Ebola to other animals or pets in your home, and they are even suspected to be the originators of the deadly Coronavirus.

One major problem with keeping bats is feeding. What you feed your bat will depend on its species: fruit bats eat fruits, vampire bats suck blood, while other bat species eat mainly insects and worms.

Regardless of the species, however, it’s almost impossible to feed bats a balanced diet. Even fruit bats will become sick if fed only human fruits: you need to supplement with wild fruits and mealworms.

Mosquitoes are a favorite for most insect-eating bats, and these bats are known to consume hundreds of mosquitoes or bugs in just a single hunting/feeding session.

There are many reasons why these deaths happen, but most times, it all boils down to improper care and an uncomfortable pet environment. Bats may die of nutritional deficiencies, fear, loneliness, disease, etc.

6. They Demand A Lot Of Care and medication

Bats require very great care, especially if you want to keep them as indoor pets. Bats are free mammals, flight experts, but they’re quite clumsy when in a cage. A bat will easily get injured if caged.

Also, there’s the problem of cleaning. Bats leave a mess after eating, and you’ll have to deal with food crumbs, drool, and of course, bat shit. Apart from the apparent feeding and handling problems, there’s also the problem of bat medication and healthcare.

There’s hardly enough information on how to care for bats online (or anywhere else for that matter), and you’d hardly find vet doctors that handle bats. Some vets who know about handling bats only render their services to zoos and shelters, and may decide not to attend to your bat since it’s an exotic pet.

Unlike cats and dogs, bats are untrainable. There haven’t been any official domesticated bat species yet, because these creatures are just wild. At the very best, your pet bat will know or recognize you, but you can’t teach it to bond with you or do anything: it won’t hesitate to bite you if it feels scared or threatened.

Another problem with bats is that they are very sociable, they love spending time together with groups or colonies in caves, so if you get one or two as pets, they’ll become very lonely and detached. They may even die off of depression or fear.

Having a pet bat may seem cool, but it’s much too burdensome and risky. Perhaps the only advantage of keeping a bat in your home is that you won’t have mosquito problems. In the end, it’s best to leave these creatures in the wild. After all,  there’s almost a certainty that a bat won’t last up to a year in your care.