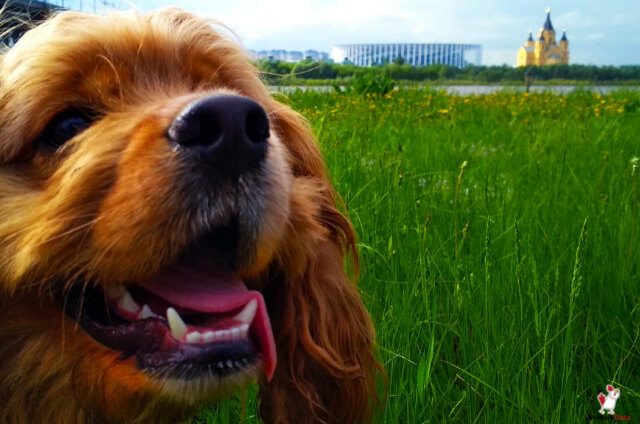 Dogs are masters at sniffing things out. Whether it’s a human scent, drugs, food, or other animals, dogs can detect and track it. Nature blessed these creatures with exceptional noses so they are master detectives when it comes to scents, such that almost nothing can escape their nostrils. Dogs can pick up a scent several kilometers away, can track a scent for up to 10 days, and can even tell when a person is high on a substance or not.

So what can be done to throw off a dog’s scent, or what can you do to make yourself or something else “scent-proof”?

How Do I Throw Off A Dog’s Scent?

The commonest way to throw off a dog’s scent is to use some other substance with a much stronger smell (like bleach, pepper, Alcohol, Ammonia, etc) to mask your scent, or cause nose blindness to the dog. However, results may vary depending on the breed of the dog, the amount of substance used, and the conditions/situation at hand.

But ideally, if you were to completely block a dog from detecting your scent, then it would require that you lock yourself up in some airtight space with no way for air to enter or go out. This way, the dog will be unable to register your scent anymore. This is not very feasible for humans, so this method can only be used for concealing items from sniffing dogs.

How To Make An Item Undetectable To Dogs

To do this, just get an airtight container, place the item inside, and make sure you don’t rub off the scent of the item on the body of the container, and you’re all good to go. Or to improve your odds, you can place something like pepper or some other strong-smelling substance with the substance inside the container. This will make such a thing undetectable to a dog’s nose.

How To Throw A Dog’s Scent Of A Human

For human beings, the only tangible option is to use a natural repellant or a very pungent-smelling substance to disrupt the dog’s sense of smell or to use these substances to completely mask your scent so these dogs can’t smell you anymore.

Certain natural smells are known to repel dogs, some of which include:

2. Chili Pepper: Dogs have very sensitive noses, so peppers are naturally very offensive to them. Chili peppers have extra spice, so they are equally extra-offensive to dogs.

3. Vinegar: Vinegar is another substance with a smell that is disliked by dogs. Dogs are known to stay away from places where vinegar has been recently used or is being used.

4. Ammonia: The pungent smell of ammonia isn’t just a problem to humans, but dogs as well. They’ll completely avoid it.

5. Alcohol: Dogs don’t like the strong smell of alcohol at all. It’s one reason they’re so fast to detect people who are high on alcohol.

But of course, you may not be able to apply some of these substances on yourself or your clothes, to throw off a dog’s scent.  Take, for instance, the smell of ammonia alone can choke you if you apply it all over your body. Applying pepper all around you may irritate your eyes and nose just as it would irritate the dogs.

A common practice by hunters, explorers, and adventurers in the woods, is to use dirt and leaves to mask themselves from dogs and other animals. But this method may not work for certain dogs like bloodhounds, which can still track you despite all the concealment. Dogs like these have an exceptional sense of smell and make the best trackers.

Top 5 Dogs With The Best Sense Of Smell

For these dog breeds, even pungent/repellant odors may not be enough to throw off their scent. The only way to win against them is to blind their nose somehow.

What Is Nose Blindness

This is a condition in which a dog is unable to smell or process the scents around them. It is caused by harsh smells, and during that time a dog can’t smell anything, no matter how hard it may try.

For a dog to lose its sense of smell is just the same as for a human to lose its sight. The dog may lose its focus, and show increased levels of fear, anxiety, and stress.

What Substances Can Cause Nose Blindness

Most people think that all harsh smells (like pepper) are strong enough to blind a dog’s nose, but this is not the case. In fact, there is only one substance that really works when it comes to blinding a dog’s nose.

Bleach is unarguably the only substance that can truly overpower a dog’s sense of smell, and cause them to lose it completely. The strong smell from bleach is said to react with the dog’s olfactory receptors, damaging them.

Nose blindness from bleach can be partial (where the dog is unable to detect some particular scents), or total (in which the dog is completely unable to smell anything at all).

Pure alcohol can to an extent throw off a dog’s scent but doesn’t react badly enough to cause nose blindness in dogs.

The pungent smell may distract most dogs, but master trackers like hounds may still be able to focus on the main scent in question.

Alcohol is best used for masking a scent.

Ammonia is another very pungent-smelling substance that dogs hate. However, it is unable to cause nose blindness in dogs. Dogs can only get irritated enough to stay away from the odor and places that have traces of it, but their senses are still sharp to detect and smell other scents around them.

One very common substance that has been reportedly used by people in throwing off a dog’s scent is pepper. Pepper is highly irritable and harsh, and so can irritate the nasal tracts of dogs, making tracking scents a difficult job and probably resulting in sneezing and other side effects. But is that really enough to throw off a scent?

Dogs are unmatched when it comes to their sense of smell, and no amount of pepper will completely erase the olfactory information you leave behind when you move through the air and touch different things. Pepper may make tracking a bit difficult, but good tracking dogs like hounds can still isolate the scent being tracked, and focus on it.

At the end of the day, pepper can only do so much as to mask your scent or distract some dogs from your scent, but it won’t work against all dogs.

Most times, masking your scent alone should be enough to make you undetectable by a dog’s senses. Nose blinding is a very extreme measure, and should only be used as a last resort. This is because nose blinding can be permanent in worst-case scenarios, and this will devastate the dog for life.