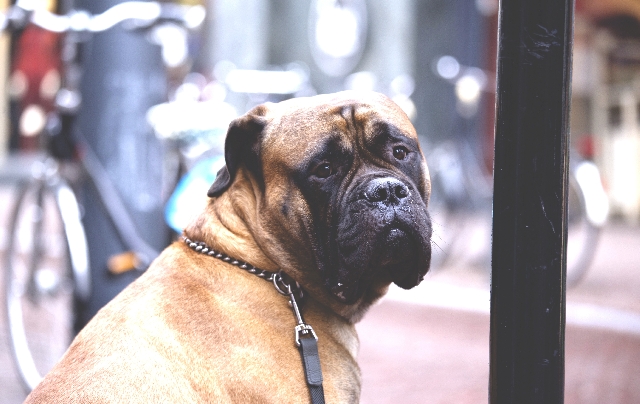 “A man’s best friend” is what we call dogs. And frankly, they have earned that title. Time and time again, we see dogs perform unbelievable feats and show affection towards their owners, things that even other humans wouldn’t have done if they were to be in the dog’s shoes. There have been countless instances of dogs helping blind people cross roads, facing danger (armed robbery, predator) to protect their owner, petting their owner’s babies, and so much more. Dogs wouldn’t hesitate to follow you around, play with you all day, or lick your hands and feet. The licking nature of dogs is one thing that makes them very unique: no other animal pet licks humans the way dogs do, and this sometimes raises the question of why they do this. Well, there are many reasons.

Why Does My Dog Lick Me Whenever I Pet Him?

Dogs lick people for a whole lot of reasons. However, if a dog specifically licks you while you’re petting it, then it’s a sign of affection, pleasure/enjoyment, appreciation, greeting, or submissiveness.

Dogs are very good at telling us their intentions through their actions, which is why when a dog licks you, he hopes you’ll understand the message. It can sometimes be difficult to tell or decipher the exact reason why a dog licks at a particular time, but if you observe the situation, you should be able to know why.

Here are a few instances:

If you own a dog, I’m sure you can relate to most of the scenarios depicted in the table above. However, bear in mind that Dogs don’t only lick their owners; they lick other people: in fact, they lick other dogs as well.

Here are the top 7 things a dog may be trying to say when it licks a human.

This is the number one reason why dogs lick people. Just as a dog would bark if it’s annoyed at you or hates you, it would lick you when it loves you. Experts believe when dogs do this, they feel just about the same way we feel when we kiss someone we love. Note that this gesture isn’t exclusive to family alone; dogs can lick a kind, generous stranger if the individual has shown them love (for instance, by giving them a treat) at some point or the other. However, when a dog tries to lick your face, it’s feeling the same affection for you as a man or woman who’d want to kiss you.

Just as humans, dogs too, can get obsessed with a person. This usually happens when an owner or dog parent sets no boundaries, no disciplinary measures, and no leadership or training. The end result is that you’ll have a pet that doesn’t respect your privacy and would always want to pounce on you and lick you (not minding their bad breath and all) regardless of what you’re doing at the moment. Constant, unending licking by a dog spells only one thing; OBSESSION.

Although this is just the dog showing that it loves you more than anything in the world, it’s a behavior you shouldn’t allow. Chances are, you’ll get mad and scold/punish it one day, and it may attack you in retaliation. Obsessive licking is also a symptom of Obsessive Compulsive Disorder  (OCD).

The same way a dog licks to groom itself is the same way it’ll lick you if you mistakenly spill some substance on you in its presence. The only scenario where a dog won’t do this is when it isn’t familiar with

you. But any typical dog wouldn’t stand to see certain people they love spill something on themselves and not lick it up.

Yes, dogs lick you to get a taste. Dogs have noses and mouths that pick up a lot of information, and there are many theories that suggest they like licking humans to find out more information: they can do it to check if you’re OK, or perhaps if you smell different, they’ll lick you to be sure you’re still the same person.

Some theories also suggest that these pets just love the way humans taste: who knows, maybe your salty sweat tastes like candy to them.

5. As A Reward or Show Of Appreciation

A typical dog has nothing better to offer you after a nice treat than to lick you till you get tired. It’s a dog’s basic way of showing appreciation. A good dog would also lick you after an enjoyable petting or cuddling session: It’s basically telling you, “now’s my turn to pet you back.”

A dog may lick you to tell you it’s hungry or wants to play. Dogs are masters at speaking with body language, which is also why they’re experts at reading human body language). So your dog licking you may mean “come play,” “pet me,” “I’m hungry,” or even “back off.”

Dogs, unlike cats, wouldn’t bite or smack you with their paws when disturbed: Rather, they’ll give you a quick, uninterested lick in the palm or anywhere else, so you let them be.

Most dogs would run and stand on 2 feet to hug you when you return home, but others would go the extra mile and lick your face or anywhere else. Licking is a dog’s way of showing that it’s excited to see you walk through the door.

Note: when a dog licks itself, it may be for grooming: it can also be due to anxiety, OCD, allergy, boredom, hormonal imbalances, dry skin, or pain.