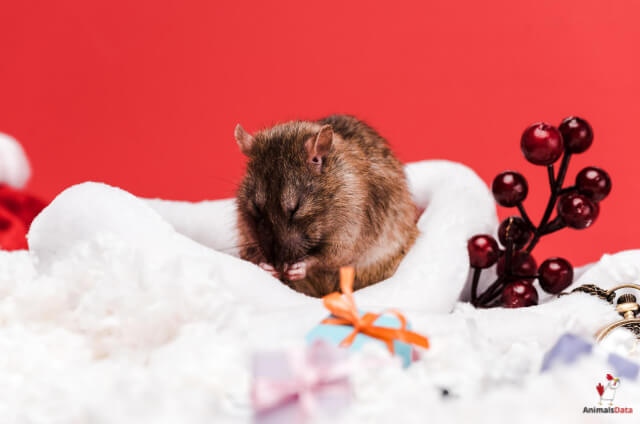 If your guess is yes, you should get an award because that is absolutely right. Mice play dead when they encounter a dangerous situation, and they won’t stop until the threat passes. While that may sound like something that would happen in an animated movie, it actually happens in real life. Many people have witnessed it with their eyes.

Because of being prey animals, mice have an instinct that helps them recognize danger and threats in their surroundings. They respond to the instinct by trying to avert the danger, avoiding it entirely. But if the threat is caving in and there is nowhere to run, mice have a couple of tricks up their sleeves. They will always be ready to perform their trickery before their predators.

Many people have said that they have seen a cat catching a mouse, and the mouse remains immobile in the mouth of the cat. When the cat places it down to ready itself for the mousy meal, the mouse crawls away at lightning speed. While it may seem like a funny thing, it works well in helping the mice. Since they are disadvantaged in terms of strength, it is okay when they use their brains to stay alive.

Sometimes, you may be looking at a mouse, wondering whether it is dead, alive, or probably sleeping. It might be your pet mouse that you are worried about. Sometimes, a mouse may appear as if it is dead, but you will establish that your mouse is just sleeping for most of the time.

As mentioned in the starter, mice only play dead when danger is lurking in the vicinity. If you’re the only person around, they will not spend valuable energy performing antics for you. So, your mouse may just be sleeping. Mice usually sleep in peculiar positions, and one may mistake their sleeping position with a sudden-death disposition.

It might even scare you more when you poke the mouse and see that they don’t move in their sleep. But, if they’re used to you, they will remain relaxed and sleep however they want.

The Much That Mice Sleep

Among the many animals that are avid sleepers are the mice. They usually sleep for most of the day, around 14 hours. By the time the sun sets, most of the mice’s sleeping will be done. They sleep during the day because they are nocturnal animals; they are more active during the night. If you have a pet mouse in a hutch, you may have realized that they spin their wheel more at night than they do during the day. So, if you plan to have a mice tank sit on your bedside table, you should be prepared for a night of a thousand noises.

The reason why mice are active at night is that there are but a few threats around. Also, they get a chance to entertain themselves without getting bothered by anyone. The day also brings about a lot of light, which may feel uncomfortable with the mice’s eyes.

Why Is My Mouse Sleeping The Whole Day?

As mentioned in the previous sub-section, mice work and play during the night. This means that when the daylight comes, they see it as their sleeping time. Also, their eyes are quite sensitive to sunlight. So, it is quite normal to see the critters sleeping most of the day. However, if you observe some behavior such as loss of appetite (therefore not feeding) and some lethargic expression, you should get worried. Those could be signs of a brewing disease. You should report the symptoms to a veterinarian.

How Do You Tell If A Mouse Is On The Verge Of Dying?

Sleep is entirely different from death. Also, you will notice if your pet mouse is sleeping or dead. If it is asleep, you will still hear it at night. Also, it will continue to eat and drink.

However, if you discover some changes happening with the mice, death could be looming. Your mouse may start to change in appearance, it may refuse food, and it may look fatigued without making so many movements. When these things happen, the prognosis may not be right. If you notice those near-death signs, you need to take swift and quick action. It would help if you carried him to the vet so that the expert confirms the extent of the problem.

Let’s look at rats for a little bit since they are of the same order as mice, the Rodentia order. Meeting the body of a dead rat is both horrifying and disgusting. I hope that you never have to come across it. However, it is essential to know how to go about the situation if it ever happens to you. First, let us establish the kind of rats that you are likely to meet or come across:

The Common Types Of Rats (The Ones You May Meet)

In the office buildings and homes, the three types of rats are the most common: the Norway rat, the packrat, and the roof rat. Let us now get the details of each one of them:

You may not know this rodent by this name. Its popular names include the brown rat, the wharf rat, the street rat, and the sewer rat. This type of rat can grow up to a length of 10 inches. Also, it can weigh almost one pound. Norway rats like making their homes in places where humans live. More often than not, you are likely to find them in urban areas.

These rats like to pack items (like shiny objects) and take them back to their nests. Sometimes, they will even leave some food that they are carrying to take up a treasure, which is why they also go by the name trade rats. The rats are about eight inches long (exclusive of their tails). Also, they range in color from grey or buff to cinnamon or brown.

This type of rat is also known as the black rat, and it can grow up to 12 inches in terms of its body length. To add on, its tail is as long as 10 inches, meaning that the rat is about 22 inches in total length. On top of being black, the rats also come in shades of grey and brown. You are more likely to come across roof rats in winter and fall; that is when their (natural) outdoor food sources become empty.

These types of rabbits mentioned above can transmit numerous and fatal diseases, both indirectly and directly. This is as reported by the CDC, or the Center for Disease Control and Prevention. Trying to dispose of the carcass of a rat could expose you to an illness. Therefore, you must contact a rodent control professional so that he or she handles the situation professionally. However, if you insist on taking up the job as DIY, this section will guide you on adequately going about it. These steps can also be applied to dead mice. According to the CDC, here are the items that you may need:

Once you don your protective gear and mask, pick the rat’s carcass, put it in the plastic bag, and then seal it. Then, put the bag inside the trash bag. Tie the more oversized bag and make sure the seal is airtight. It may seem that you’re overdoing things, but better safe than sorry. Now, you can throw the dead rodent into the trash bin outside your house. While you clean up the mess, keep in mind that some cities and towns have strict rules governing dead animal disposal. It is a brilliant idea to call the relevant authorities (such as the city’s animal control service or a pest control company) to get their advice.

That being mentioned, rats are not very considerate to die in an open area where you will spot them easily. More often than not, you will find a rat dead in your attic, air vents, or walls. You will learn that after noticing the smell of the rat’s carcass. If that is your case, the best bet is to contact a rodent control specialist who will squarely locate the mouse and remove it.

Once The Rat Is Removed

As you may already know, rats are super social and love living together. So, if you find one dead, it is likely that more of them are huddling up together somewhere. To avoid seeing any other rats (be it alive or dead), you should take up the following measures:

1. Eliminate every non-human entry point by keeping up with house repair.

2. Trim the branches of trees near your home so that they do not touch your building or home. The tree branches facilitate the movement of rats into places they are not needed.

4. Lay a patio or stones around your home so that you prevent the rats from tunneling. Also, keep your yard neatly mowed.

It goes without saying that rats are quite unsanitary. Also, they can cause a lot of damage whether they are in your office or your home. If you come across a rat (whether dead or alive) and feel like an infestation is brewing, make a quick and swift move and get a rodent control professional involved.

A Couple Of Mousy Questions

Up to this point, we have covered so much about rats and mice. In this final section, we will explore, in question-style, some everyday things people ask about mice. You even find a question you have already answered:

1. Does A Mouse Die Quickly?

If an infested building gets rodent-proofed, any animal that remains there becomes trapped. The mice are likely to die from dehydration or stress-induced disorders within a few hours of getting trapped.

Pet mice, however, do not die painfully like the wild ones. Their pet parents need to check the hutches to ensure that the mice are okay.

A sick mouse is likely to breathe faster and harder. It will also have increased porphyrin, that is, the red staining that sits around its nose and eyes. Then, more mucus will run from the mouse’s nose together with increased sneezing.

3. How Can You Kill A Mouse Humanely?

The best, non-bloody way to kill mice is using live traps. This method is popular among people who don’t want to kill the mice or rats but want them removed from their property.

4. Does A Mouse Hate Aluminum Foil?

If you find a mousy entrance, fill it with aluminum foil. While mice don’t hate the item, they don’t like digging or chewing at it – the feeling is not that pleasant. So, they will be prevented from penetrating the foil-filled place. Using aluminum foil is one of the natural and effortless ways of handling a mice problem.

If the victim rat is poisoned, they are likely to go dying near a water point. The poison is expected to cause the rat a severe dehydration attack. Most times, dead rats are found in out-of-reach places such as within walls.

6. Is The Killing Of Mice An Ethical Thing?

Some people feel like mice can be taken care of in more humane ways or less inhumane ways. Most of the methods used are lethal, such as the use of poison, glue boards, snap traps, and maze-type traps (these actually drown them).

7. How Long Does A Mouse Take To Die In The Snap Of A Trap?

When a mouse gets snapped, it starts engaging in freedom escapes. This usually snaps all their energy out of them. While in that state, they get exhausted quickly, and thus, they suffocate to death. If the mice cannot escape the trap’s capture, they will not be alive after five days. Their demise could be instant if the snap got the mouse well.

8. How Can One Know If Their Mouse Is Dying?

The earliest and most frequent signs of imminent death in mice is gradual weight loss. Also, the mice start becoming hypothermic two weeks before their death. Also, they develop labored breathing.