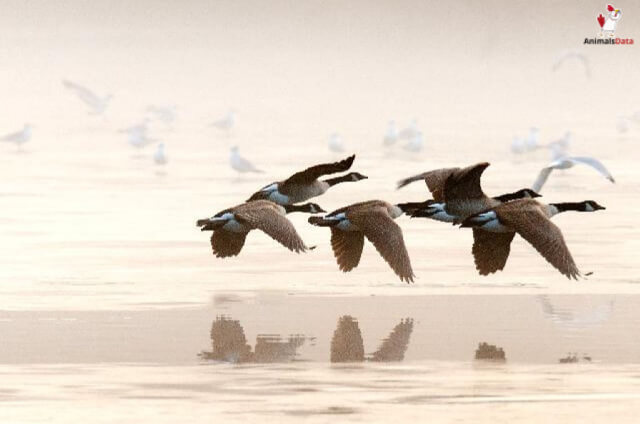 The most straightforward answer to this one is – maybe – all animals, including the winged creatures, can snore. However, you shouldn’t be expecting birds to produce the same buzzing like that of a human. Birds snore for different reasons, among them being their state of health and psychological makeup.

A parrot owner notes that their bird snores. And no – it is not mimicry. More birds out there in the wilderness have been reported to snore while roosting. A possible reason for snoring could be breathing problems, but lots of research has not been done to make this factual information.

Non-expert advice has it that bird snoring does not come out the same way as humans because of one thing – the uvula. This is the small thing that dangles at the back of your throat. Regardless, birds engage in deep breathing during their sleep.

Expert advice says that if a bird is snoring, that should be taken as a sign of trouble. If the bird is a pet, you should get them to the vet immediately. One time, a video circulated in the birdies’ world (YouTube) of a hummingbird engaging in a ‘snoring’ kind of behavior.

Experts note that what happened in the video is a post-torpor behavior. Some bird species, including hummingbirds, entered a state of ‘suspended animation.’ They enter torpor to survive colder-than-cold nights, and when they are woken up, they start breathing peculiarly.

When the birds get awaken from torpor, they open their beaks to take in lots of oxygen because of metabolic demands. The outcome is not a ‘snore,’ but something like gasping for air. In the video, the hummingbird is waking up from lethargy (torpor). The highly-pitched sound made is merely out of deep inhaling.

Where And How Birds Sleep

The quickest answer to ‘where birds live’ is their nests, but you may be surprised that it is not the case. Nests are primarily for laying eggs and incubating them until they hatch. Sleeping and housing come as secondary reasons for building nests.

When nestling season comes, nests are built. When the season goes, the incubators start to gather dust, droppings, feathers, and dust from the little fledglings. These accumulations make nests targets for predators, and birds wouldn’t want to be there.

So, where do these feathered, winged creatures spend the night? The best answer is that they sleep away from predators. The place or the sleeping style depends on the type of bird.

The songbirds stay off the grounds to avoid ground predators such as cats. As they perch highly, they also have in mind that owls can capture them. In the wilderness, birds look for brush or dense foliage to lay their heads overnight. Apart from the ‘green’ warmth, the foliage serves as the perfect camouflage item, securing their safety.

Passerines, or perching birds, go to sleep while as they are perched. As time has moved, the perching birds have formed particular flexor tendons in the joint areas of their legs. They help the birds to clasp its legs when it takes a squat on a perch. The tendons do not get to move from their position until the birds itself does some leg straightening. If you have seen birds sleeping upside down, it is the work of those muscular items.

While roosting, birds have the priority of staying warm – which is called a state of torpor. The benefit of torpor is that it helps the bird save and keep energy to survive the cold of the night. Also, birds will huddle up in flocks to stay warm during sleep time. Since nests are not spacious, they take the warmth party to bridges, cavities under roofs, barns, or ledges.

It is uncommon to see wild birds napping, and the reason is that they don’t take naps out in the open. Instead, they choose to go to concealed and safe locations, far from predators and the like. Generally, the areas are off the ground so that the bird avoid creepers. Wild turkeys, which are terrestrial birds, often roost in the trees, where they are out of reach.

Birds smaller in stature, like passerines, hide in foliage or a dense brush to get the shelter they need to sleep. Many other birds look for the following places:

In the places mentioned above, birds feel more secure.

Wading birds and waterfowl sleep on the water. There, they float safely out of the reach of predators. Alternatively, they go for small islands and create roosting spots there. While they are on the water, splashes and vibrations emitted by a moving predator will alert the roosting bird.

Most mammals – including us – becoming completely unconscious when they go to sleep. However, this is not the case with birds, who can control the level of activeness during their roosting. Experts call this phenomenon the USWS or the Unihemispheric Slow Wave Sleep. This fat phrase can be boiled down to this – sleeping with one eye open.

During USWS, the science behind it says that only one half of the brain rest, while the other remains alert. A good argument may be that USWS is an anti-predator move since the birds can quickly detect if it is being preyed upon. Unfortunately, enough research has not been done.

Studies undertaken say that USWS is dependent on the environment – if a bird feels safe and secure, their sleep will be deeper. We can say that pet birds experience USWS less than wild birds because their surroundings are calm and peaceful. The vice versa is true.

Apart from USWS, studies have brought forth the idea that some birds, such as albatrosses, can sleep while flying, doing it with one eye open.

Get The Habits Of Sleeping Pet Birds And Help Them

Pet birds need as much rest as you do, and you should allow them to sleep peacefully. Good, ample sleep will contribute positively to the health of your bird.

The minimum sleeping time for your bird should be 8 hours – basically, the entire night. Many of the birds kept in homes as pets are originally from regions within the tropics. So you should have that detail in mind as you master your bird’s sleeping habits. The first thing you should know is that pets need darkness to have a relaxing and successful sleep.

If you want your bird to get a cozy sleeping environment, it would be best if you:

3. Use window blinds that are thick enough.

The point here is that you are required to do everything necessary to provide your pet with the darkness they need.

‘Creating’ darkness should not be the only focus – your pet also needs calmness, quietness, and solitude. Your bird will not have it easy if your visiting cousin blasts the latest hit songs all night. If this is your case, your pet bird may not sleep well, and staying awake during sleep time is unhealthy for the birds.

If birds lack enough sleep, the consequences are dire. Anxiety is one of them – and a bird that is deprived of sleep will act in problematical ways, such as biting, shrieking, and tugging out its feathers. Apart from the displays of aggression, the bird’s immune system will get weakened, and your pet will become vulnerable in terms of contracting illnesses. If you think your bird is sweet, try denying it some sleep – it will go into full beast mode, acting all crabbily and grouchily.

And how does a relaxed bird enjoy its sleep?  Here are the things you can observe from a bird that’s having an untroubled night:

1. A bird may be sleeping with one of his or her feet folded towards the region in his stomach.

2. The bird may have turned his neck words it back, or hidden their head inside its feathers.

3. Seconds into roosting, a relaxed bird may grate his bill together. This should show you that he is a happy creature.

What is the vocalization behavior of pet birds? Like their wild counterparts, pet birds can be especially vocal – right before sleep starts to kick in. He or she may engage in noisy chattering and clicking. Or maybe, the bird may just be touching base with others of its kind – perhaps, a bird they saw knocking against the window.

Sleep In Animals – Those That Don’t, Or Barely Need Any Snoozing

We’re all about sleep in this read, and I am sure this is of interest to you. For many living things, rest is a process of great importance, serving a rejuvenation role. But of interest here is the anti-sleep group, if that can be said.

Some animals either sleep very little or don’t sleep at all. Their internal clock has not prioritized the process, and the animals will work out just correctly without the eight hours of snoozing. Now, it is time to check at the six animals.

Giraffes in captivity – like those in zoos – only sleep for between 4 and 5 hours. In the wilderness, however, the giraffe won’t have all that time. They will sleep in short bursts at different times. Their sleep disposition can take any of the following styles – while lying down or, even peculiarly, standing up. Giraffes that sleep while standing up are the older ones. You will see giraffes entering into irregular deep-sleep phases. In the periods, they will bend their necks and rest their head on their hips or thighs. Experts call this disposition using the words ‘paradoxical sleep’: the giraffes are resting by with REV (or Rapid Eye Movement) and inert muscle activity. Any alert of an incoming predator will get the giraffe up and running or fighting.

Like birds, dolphins take on the US or the Unihemispheric Sleep. In this state, half of the brain is asleep while the other helps the dolphin stay near the water’s surface and breathe.

When dolphins are born, their first month of living is a non-sleep one. Instead, the young ones choose to press themselves against their mother to avoid drowning. Consequently, the mother has to stay awake while their young one rests. It means that both mother and child stay awake for around 720 hours without sleeping.

These stallions can do with two hours of sleep in a day, and the tame ones go for 3 – 5 hours. Like giraffes, they sleep for short time bursts – about 15 minutes. Their sleeping disposition is either by lying down or standing up.

Their instincts demand is primarily survivals, so you wouldn’t find a horse going to sleep alone.

Bullfrogs do not take on a sleeping state, but they take moments of rest throughout the day. The only time that these amphibians sleep deeply is during hibernation.

Some of these mega mammals are unable to sleep for long to avoid drowning. I mean – they have massive body weight, and any form of unconsciousness may take the to the bottom of the ocean.

Others, like the sperm whale, sleep vertically – as if they are standing up on water. On top of that, they need to bob at the surface of the water for periods of fifteen minutes.

For many whales, sleep time accounts for not more than 10% of their day-to-day activities. Scientists have suspicions that among all mammals, whales need the least sleep amount.

Unbelievably, these large flightless birds sleep while standing, and with both eyes open. The other animal that displays this behavior is the platypus. A single ostrich’s sleep time is around six hours.

This style is anti-predatory. The ostrich gets the relaxation that they need while remaining alert. If they are too tired, ostriches will bury their heads into their bodies for about fifteen minutes.

Animals That Sleep The Most

So, if there are non-sleeping animals, then there must be deep sleepers too. The table that follows shows the top 10 animals that sleep the most.

Yawn! The creatures spend the better part of the day in sleep, so you are sure to find some of them snoring a lot!