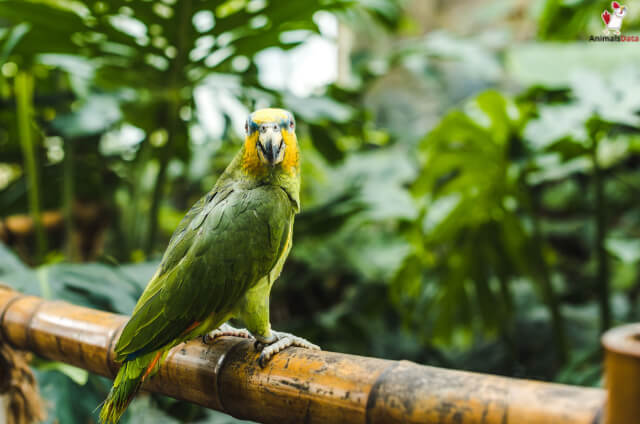 The Essence And Material Of A Bird’s Feathers

So, why do birds only have feathers and lack scales or fur? Feathers are as vital to birds as legs are to humans. The primary reason why feathers exist is to aid birds in taking off and cutting through the skies.

So, what makes feathers? Do you know of a material called keratin – that which makes our nails and hair? If you have, then yes – feathers are made of keratin, which is light to the core. Because of the material’s lightness, the overall feather becomes lightweight. Also, it becomes as rigid as it is flexible so that the birds do not suffer the rigorousness of flight.

On each feather’s bases, nature has attached muscles. These muscular attachments enable the bird to move the feather as they need – especially when making mid-air adjustments. When the bird is flying, it sustains its position by flapping its wings; with a down flap, the feathers attached to the wing move in unison. With an up flap, the bird parts its feathers, allowing air to cut through. So, how the feathers move is essential to the flight business.

It is interesting to note that although feathers are weightless, their combined weight can hit the mark more than the bird’s skeleton. The nature of birds’ bones can explain this – they are hollow, which is an adaption to flight. So, the hollow bones that form the skeleton inevitably contribute very little to the bird’s overall weight.

Other kinds of feathers (downs and semi plumes) serve an insulation purpose, that is, they help the bird stay warm. How do they do that? Using these types of feathers, birds trap air pockets that are near their bodies. The air pockets are then warmed up, and then they warm up the bird. Birds have the unique ability to adjust and rearrange their feathers to capture more or fewer pockets of air. That ability is dependent on the temperature outside. During winter, it is common to find birds fluffing their wings and spreading their feathers. They do that in an attempt to trap more and more air. In turn, this allows them to get warm and remain that way.

Apart from the flight and insulation properties, feathers are waterproof. As the birds fly during the rain, it is rare to find them getting overwhelmed by the rain droplets. Another detail is that dark-colored feathers protect the bird from the burns of the scorching sun.

What about the identity of a bird? One way to know the type of bird is to check their feathers. How do you tell a purple finch from a goldfinch or a blue jay from a cardinal? Feather colors – that’s it! Also, colored fathers help in mate attraction.

Some feathers are made to stand out – like those of a peacock. However, other birds use their feathers as a blend-in item. Look at the owl that experts call the eastern screech. Its feathers are in shades of brown. When the owl sits on the bark of a tree, it is difficult for you to make it out. This camouflage property helps the bird to avoid predators and surprise prey.

I must explain a feature called molting. This is a process where feathers that are dead and damaged get replaced by freshly new ones. The process is similar to human hair shedding and hair growth. Molting varies with difference in species. Giant birds (those with more prominent feathers) go through molting less frequently than smaller ones.

Describing The Feathers Of A Bird

On the body of a bird, the large feathers are known as contour feathers. They form the flight assistance parts, and they also sit on the tail. Contour feathers contribute to the bird’s color and shape.

If you explore below the contour feathers, you will find down feathers, usually soft and fluffy. The function of down feathers is insulation – they make sure that the air pockets remain warm. Have you ever heard about downs? You should have because they are super useful that we (humans) use them in feather pillows and jackets.

On many other birds, you will find the following feathers:

1. Semi plumes – these are a blend of contour and down feathers. They perform two functions – insulation and body shape maintenance.

2. Filo plumes – these are simpler-than-simple feathers that rest under contour feathers and are stiff and hair-like. For functionality, they have nerve receptors that help the bird pick out whatever is going on with the contour feathers.

3. Powder feathers – you can find these types of feathers in birds such as herons and pigeons. The reason why they are called ‘powder’ is that after their continuous growth, they break down at the area around their tips into a finely-fine powder. Scientists have looked at the purpose of the powder, but they haven’t completely understood it yet. However, the belief is that the powder plays a waterproofing role.

Why Are Some Birds Flightless?

Many people intimately connect birds and flights, but you should know that while most birds fly, some don’t – at all. Some birds evolved and developed different ways of moving around, and their wings lack the flight function. These birds have become a fascination with bird-lovers and non-bird-lovers alike.

Bird flight is motivated by many things, such as:

1. The search for food

2. The reach for a different season

3. The need to escape predators

4. The need to get to safe nest sites

5. The push for territorial defense

6. The urge to impress mates

Looking at the above functions, you may feel like a flightless bird misses out on a lot. But they don’t. Think about it this way – a bird that does not have natural predators, has plenty of food (even provided by humans), and enjoys the climate doesn’t need to fly around. Also, what is the need to take off when your partner is not very far from you? If you look at those details, you see that flying is not very critical.

Although they don’t fly, flightless birds do not lack wings. Instead, their wings are either smaller in size or underdeveloped. Also, the shape of the feathers may look different – more of fur-like than feather-like, tiny, and compact for swimming insulation.

Many times, flightless birds have less wing bones. Or, their wing bones may be fused, therefore making the wings lack proper mobility. An important detail is that many birds that don’t fly lack the breastbone keel, a part of the bone connecting to flight muscles.

This lack of wings or flight means that the animals have different adaptations. Look at the following bullets:

1. They have more muscular legs – meaning the bones there are not hollow.

2. Their feet can propel the bird underwater.

3. Their wings are in a streamlined shape. So, they operate like flippers and help in swimming.

4. Uniquely, other flightless birds have strong odors to repel predators.

So, it’s not that flightless birds are disadvantaged – they are only different. They are found everywhere in the world. However, where flightless species of birds are primarily concentrated in is New Zealand. New Zealand lacks natural predators and is diverse in terms of ecosystems – making it an ideal place for flightless birds to live.

Can Flightless Birds Face Any Threats?

So, what is likely to happen to a bird which can’t fly? Being on the ground makes them targets of animals such as rats and cats. Also, the birds can fall into traps and poaching, or human-made troubles like littering and pollution.

Now, at least 50 percent of all birds can’t fly are either vulnerable or threatened. On top of that, at least 20% are in the endangered zone, and another 1% is extinct. Among the many, here is a list of some flightless birds that are now extinct:

Take a look at the table, and you may be surprised to find a bird you didn’t know was flightless:

Singling And Spreading Out Some Flightless Birds

Now that you have seen the many flightless birds, why don’t we check out some of the popular ones? I’m talking about ostriches, emus, penguins, and kiwis.

The ostrich is indigenous to Africa, especially the continent’s deserts and the savannah grasslands. As you may already know, the ostrich is the giant bird globally, but it can never take off. That aside, have you seen an ostrich run? Its stamina and speed make the bird clock a sprint mark of about 43 miles an hour. While running, the mark is at 31 miles an hour.

The ostrich uses its wings like rudders, helping them to steer and balance while running or sprinting. The bird has two long legs whose stride mark, in a single bound, is 16 feet. The legs are not only powerful but also have claws that can inflict fatal injuries to predators.

You might have heard that the bird ‘buries its head in the sand.’ Well, that is merely a misconception. What they do is bend and lay their heads against the ground. They do this as a way to escape predatory detection.

These birds are of ratite subspecies and come second to the ostrich in terms of size. With their powerful legs, emus can clock 30 miles an hour in terms of speed, and their strides measure up to 9 feet. They have shaggy-looking fur and 7-inch long wings.

Unlike ostriches, emus are indigenously Australian. There, they get protected, but the locals seem them as pest-like birds. There have been numerous reports that emus invade farms and feast on the crops.

Outside the family of ratites, penguins are the other famous birds that can’t fly. Across the continent, there are at least seventeen species of penguins that are similar but closely different in looks (head size, neck markings).

Penguins are known to employ their wings as flip-flappers, and they are excellent swimmers. Also, their feet take a rudder-like shape. They are mostly found in the subarctic regions and the Poles. Australia and New Zealand are also home to some penguin species.

Having five subspecies, kiwis are well-known non-take-off birds. They are mostly found in the island country of New Zealand, where they are in lots of natural populations. Did you know that the kiwi is New Zealand’s national symbol? Well, now, you know.

If you haven’t seen the kiwi or a picture of it, the distinctive feature of the bird is a long beak. The beak is adapted to digging out bugs. Also, the birds smell like mushrooms, which is a way to put off any predators.