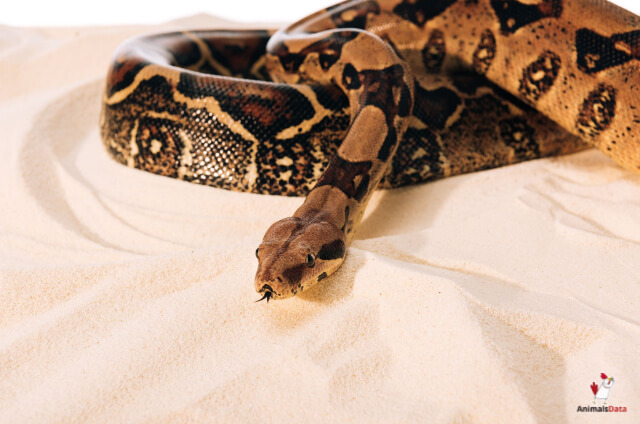 You will find that rattlesnakes have slit-like pupils, heads in the shape of spades, and ‘pits’ that are heat-sensing. On the flip side, gopher snakes have rounded pupils with narrow heads and have no pits. Perhaps the most significant distinction is that while one of the snakes has a rattle, the other doesn’t. Indeed, you already know which is which, don’t you?

From this point onwards, we shall focus on the specific differences between the gopher snake and the rattlesnake. The focus will be on the prairie rattlesnake – this is the snake species that is mostly confused with the gopher snake. You will know what each serpent looks like, their area of habitation, and their behavior in the wilderness.

Gophers Versus Rattlers: The Specifics

In other platforms, you will find gopher snakes going by the name ‘bull snakes.’ The species includes a large colubrid serpent found in most parts of the eastern and central United States. As mentioned in the jump-off, the gopher snakes are entirely harmless to humans. The reason behind this is that the gopher lacks venom, and, for the most part, they do not bite. Also, they mainly eat rodents and have a preference for staying alone.

a) Flattening their head out

b) Sounding out a loud hiss

Rattlesnakes average a 2 – 5 (feet) growth in terms of length. This is the limit they stay within well into their adulthood. Averagely, most specimens are between 3 and 4 feet (in size).

On the other hand, gopher snakes grow longer; they get to heights up to 6 feet as adults. Some specimens have been recorded to have reached 8 feet.

In terms of weight, both snakes have massive bodies. However, you will see a gopher snake looking more slender than a rattlesnake.

By contrast, you will find that gopher snakes lack venom glands since they are constrictor snakes. So, they have narrow heads that are oval. Also, you will see that there is a difference in width between their necks and heads. When the gopher snake is threatened, it flattens out its head in the style of a rattlesnake.

You will find that gopher snakes rounded large eyes. Inside the eyes sits rounded pupils. On the flip side, you will discover rattlesnakes having elliptical and slit-like pupils. The pupil’s shape is an adaptation that allows the serpents to regulate the amount of light that reaches their eyes. Be warned, however, that the pupils of rattlesnakes may sometimes appear rounded, especially in low-light levels.

Underneath their eyes, rattlesnakes have holes or ‘pits.’ On the contrary, these holes are lacking in the face of the gopher snakes. Those holes are unique and are organs that have infrared senses. When you look at the rattlesnake, you will think that it has an additional pair of nostrils. These pits help the serpents in prey detection.

The rattlesnake has a pair of large fangs protruding from its upper jaw so that it can inject venom. On the flip side, gopher snakes not to have fangs. What they have is a couple of hooked, small teeth. These teeth set helps them to hold their prey down as they try to constrict it.

Both prairie rattlesnakes and gopher snakes have keeled scales, and a ridge runs down the middle. However, there is a subtle difference: the keel in rattlesnakes is more pronounced than that of the gopher snake. If you look at the rattlesnake’s body, you will see that it is not very interesting. On the other hand, the outside of a gopher snake’s body is glossy.

These serpents share the same color scheme – they can both be grey, tan, or light brown. Along both of their backs, you will see blotches that are large and brown.

The best way of knowing whether a suspect snake is a gopher or rattlesnake is by paying attention to its tail. The tails of gophers are pointed and thin. Also, their tails are banded with a blackness (have black bands). Rattlesnakes will have clear grey or beige rattles on their tails’ ends. These rattles have segments, and the material that makes them up is old dead skin.

Both snakes tend to have the same diet; that is, they feed on the same kind of prey. In both snakes, there is a preference for mammals: rats, mice, prairie dogs, and gophers.

Both snakes will engage in occasional feeding on birds and lizards, especially the ones nesting near the ground. The one difference in feeding is that while rattlesnakes cannot digest bird eggs, gopher snakes take the eggs like it’s their cup of tea.

When hunting, rattlesnakes operate as ambush predators. This means that the serpents identify a place to hide and then lie there in waiting. When a potential prey wanders along the discreet location path, the rattlesnake jumps and bites it. With the bite, there follows a lethal injection of deadly venom. When the prey is dead, the rattlesnake will swallow it whole.

On the other hand, gopher snakes employ their sense of smell to take down their prey. Unlike rattlesnakes, they do not lie in waiting. They actively hunt, and when they spot their target, they will strike at it, hold it, and constrict it. The constriction will suffocate the animal, and when they die, the gopher snake will ingest the animal whole.

Gopher snakes lay eggs, or they are oviparous. They go into hibernation, and when spring comes, they come out of hiding. To usher in the warmth of spring, they mate. The female gets pregnant (or gravid) for about 6 – 8 weeks. Once that time lapses, they will lay a clutch of up to twenty-four (24) eggs. The eggs laid by the gopher snake are white and leather. When touched, the eggs feel leathery. When they are laid, they appear in clumps. They take around 60 days to hatch.

Both snakes are common in western and central United States. However, gopher snakes cover a more comprehensive geographical range. These harmless snakes can be found from Illinois to as far as the west coast. You will find prairie rattlesnakes from Nebraska to Idaho. Also, you can find the rattlers as far south as Mexico and as far north as Canada. The prairie rattlesnake does not inhabit the west coast. However, you will find a similar rattlesnake species there –  the Western rattlesnake.

Both snakes are not naturally aggressive. They only show such behavior when they get provoked. Neither gopher snakes nor rattlesnakes see humans as viable prey – I mean, aren’t we too large for them to swallow hole? When they sense that a human is coming, they are likely to remain still (hoping that they remain unnoticed) or escape.

Getting closer to the snakes will make them express defensive behaviors. Rattlesnakes will hold their ground and engage in the following – coiling, hissing, rattling, and buzzing. If the rattler gets provoked, it results in biting. Its venom is toxic – a single bite will get neurotoxins into your system, triggering seizures and paralysis.

On the other hand, the gopher snake is nonvenomous. Also, it is not afraid of humans. When it feels threatened, the snake will act like the rattlesnake – even with the tail vibration. The gopher snake only bites as a last-resort tactic. Its bite is painful and may cause one to bleed, but it will not need medical attention.

At the moment, I trust that you’re open to the many difference between gopher snakes and rattlesnakes. By way of recapping, this table presents all the differences captured in this article: