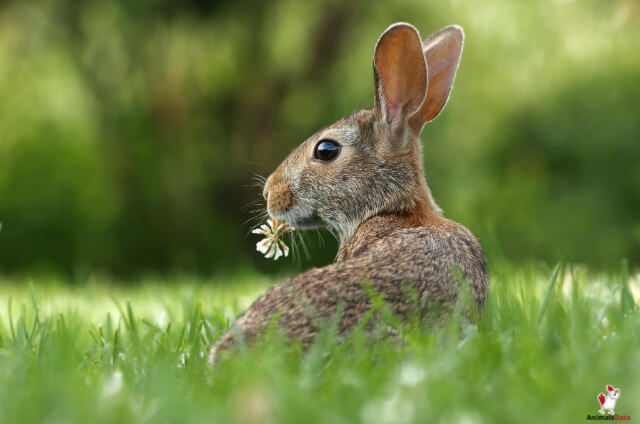 In the world of veggies, pepper is one of the most flavorsome. This implies that regardless of the answer we give to the question, rabbits won’t discriminate. What you should know is that rabbits can eat peppers but not all types. Since rabbits cannot digest spicy and hot foods, avoid giving them jalapeno peppers. Instead, go for bell peppers as they will give your rabbit the antioxidants, vitamins, and minerals needed for your bunny’s health.

Obviously, you shouldn’t stick to the bell peppers alone. Serve it as a part of the main meal so that the rabbit gets all the needed nutrients. As you prepare the bell pepper, ensure that you remove the seeds and the core.

This article will take you through the ins and outs of rabbits and peppers. You will learn the nutritional pluses and safety precautions needed when feeding those special veggies to your bunny. Let’s go!

The first, quick one would be hydration. Since 92% of the fruit is made of water, your rabbit will stay hydrated. Such fruits are essential, especially during hot weather when water is limited.

Also, bell peppers have some fiber that eases the rabbit’s digestion.

But those two are mere basics because the bell pepper is a package in itself. Here’s a table showing the minerals and vitamins found in the vegetable:

On top of the tabulated info, bell peppers also have antioxidants. These are elements that deal with cancer-causing chemicals known as free radicals. If your rabbit is older or of a unique breed, bell pepper consumption will help reduce the risk of arthritis.

Can Rabbits Have Red And Green Peppers?

Red, green – all these are just color variations of the same vegetable: the bell peppers. This means that they cause no harm to the dog, and thus, they should be given without fear. But you should know that the red and green peppers taster tangier compared to the orange and yellow ones.

The HRS (House Rabbit Society) gives rabbit owners the green light for serving green and red peppers. With their expert approval, this means that you shouldn’t be afraid of anything. Just remember to feed them moderately.

Moreover, you should be careful about the portions you give. For every 4 pounds of the rabbit’s weight, you should only give two tablespoons of fresh veggies at most.

Can Rabbits Have The Sweet Kind Of Peppers?

If you don’t know, the sweet ones are orange and yellow. Many people are apprehensive about them because of their sweetness, but that shouldn’t be the case. While they may be sugary in taste, they don’t have many calories nor excess sugar.

Your rabbit will become a sucker for sweet peppers because of how their taste excites its palate. Becoming a sucker means that you need to be very careful. The rabbit will even start looking away from its main plant-based diet just to eat the bell peppers. Avoid making the sweet peppers regular food so that the bunny does not avoid its grass and hay.

What Is The Issue With Pepper Cores And Seeds?

In the intro, I mentioned that the core and seeds need to be removed. That is a rational thing to do, considering that those items have no nutritional benefits. And no – they are not toxic.

Actually, you can give your rabbit small pieces of a pepper’s core to chew and gnaw. This will help to control the teeth’ growth. But as the gnawing and chewing are going on, the rabbit may accidentally swallow some of the core. When that happens, a blockage could arise in its tract, prompting emergency surgery.

The seeds are not much of a problem because they have no toxins. If swallowed, they will go through the tract seamlessly and out as fecal matter.

But hey, you won’t get anything from giving the bunny pepper seeds and core. So, just stick to the vegetable’s flesh.

Can Rabbits Have Pepper Leaves?

If you know about vegetable families, you know that peppers are of the family known as the nightshade. Many animals are poisoned by the leaves of this family’s plants. So, do not feed even the littlest pepper leaves to your pet rabbit.

If you’re a gardener and have some pepper growing, ensure that the entire area is fenced. If your rabbit accidentally nibbles on some of the leaves, monitor it to see if there are any symptoms.

Let’s talk about the nightshade family. As the name suggests, the members are veggies and fruits that flourish and grow in darker places. You really don’t want your rabbit to see the night, do you?

Most spices – especially the fiery, hot ones – trigger many GI issues. For rabbits, eating jalapeno pepper could be upsetting since they cannot vomit it out. Before the jalapeno passes through the rabbit’s system, it will cause a significant amount of discomfort and pain.

Let’s get scientific about this subject. There is a unique compound called capsaicin that is found in many chilies, spicy peppers. And this compound, you should note, deters rabbits. Actually, farmers who want to keep rabbits away from their land will use foodstuffs that have capsaicin.

Many explainers online note that it is best to give veggies to bunnies when they are fresh and raw. This is because, with cooked food, there is a risk of developing burns. In the wild, rabbits only eat raw, fresh foods, and those in captivity are not trained to wait for hot food to warm up.

Both experts and non-experts of nutrition will agree that cooking any kind of food makes it nutritionally deficient. So, you shouldn’t do it – you need your rabbit to get the most out of every bite.

Also, let the rabbit enjoy the crunchiness of fresh, uncooked food. If you boil the bell peppers, they will be a little too soft, and there won’t be any thrill in eating them.

Quick question – would you eat expired pepper? I believe you said yes, and that sums things up. Do not feed your rabbit with expired peppers as it could poison their system. When food starts to rot, it produces mold, some of which cannot be detected by your eye. If your rabbit eats the moldy pepper, it could develop severe GI issues.

Since pepper is garden food with active and live cultures, do not let it overstay in the rabbit’s cage. I advise that if the pepper is not eaten that day, toss it away.

How To Introduce The Pepper To Your Rabbit

Since the pepper is not supposed to be part of the main diet, it needs to be introduced steadily and regularly. Start with small pieces and give them as treats. At the same time, you need to be observing how the rabbit will react. If nothing serious happens within 48 hours, you can give green lights to the pepper and make it a regular treat.

Avoid feeding a lot of pepper to the dog in one sitting. If you leave the vegetables stuffed inside the cage, the rabbit will eat all of them. Soon after, it will develop a lot of stomach issues that may need expensive medical care.

Yes, yes – rabbits can eat peppers. However, if you are unable and unwilling to give bell peppers to your rabbits, you can consider the following alternatives:

If you feed the rabbit with bell peppers moderately, your rabbit will enjoy the many nutrients contained in the vegetable. In turn, the rabbit’s quality of life will improve because its immunity will be boosted and health sustained.

Anytime you serve the peppers, ensure that they are ripe. And before you place them in the rabbit’s bowl, make certain that you remove all the seeds. To make the meal a feast, give the rabbit differently colored pepper; it will surely love them.

Before I pen off, you should know that bell peppers are the best options for rabbits in the world of fresh veggies. Don’t believe what they say about carrots and lettuce – the devil is in the details.