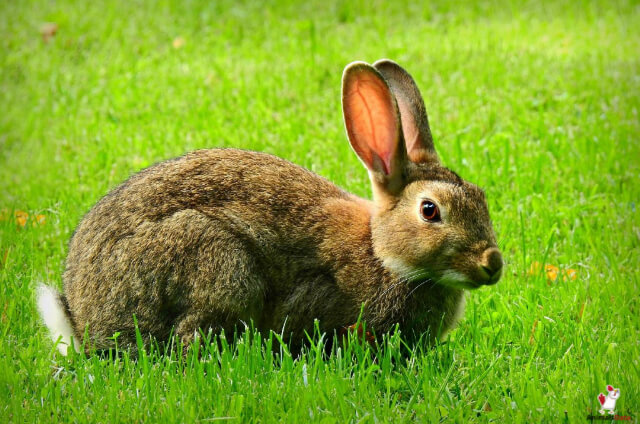 Quickly and sharply – NO – rabbits should not and cannot eat any mushroom, whether store-bought or wild. Some mushroom types contain toxic elements called mycotoxins. If these mycotoxins make it into the rabbit’s system, they will trigger poisoning. If your rabbit eats False Morels, Death Caps, and other wildly dangerous mushrooms, it could die.

This read will give you the best answers and responses with regards to the rabbit-mushroom discussion. So, don’t stop till you get to the last period.

Rabbits And Mushrooms: Questions And Answers

Would A Mushroom Bite Kill A Rabbit?

Yes – yes, it would. Experts and scientists haven’t really dug deep into the subject, but there is a common, deadly belief. Mushrooms of many kinds and types have the potential of killing a bunny.

Many of the store-bought toadstools (used interchangeably with mushrooms) are considered non-poisonous. This is because they are fit for human consumption, and it shouldn’t be alarming if a rabbit eats them. On the flip side, the mushrooms that grow out in the wild are way too toxic. Now, because of that other darker side of the coin, many vets will advise that mushrooms be left out of the menu.

While a mushroom bud may not kill your bunny, it is likely to cause kidney issues, cancer, or even nerve paralysis. So, why would you risk?

What Is The Simple Definition Of A Mushroom?

A mushroom (or a toadstool) is a fungus found in many parts of the globe. But specifically, you will find it in woodlands, wet, and warm areas. In the United States alone, the estimated number of wild mushrooms is in the thousands. Of that figure, about 100 are toxic enough to kill humans. If those wild mushrooms can kill humans, then surely, they will annihilate rabbits, don’t you think?

And what about the mushrooms we buy from supermarkets, the likes of Portobello, buttons, and chestnut? Well, those are usually produced under strict farming conditions, making them safe for humans to consume. But we can’t just stretch their safeness to rabbits. We should keep them away from rabbits – as far as we can.

The Danger That Mushrooms Bear For Rabbits

As already noted, mushrooms are part of the Fungi kingdom. This implies that some of them have mycotoxins. The following table outlines some of the deadliest, most harmful mycotoxins:

The point worth noting is that the store-bought mushrooms do not have any of the tabled toxins. However, the wild ones are, well, as wild and as poisonous as they can get.

Well, that is quite hard to tell, considering that rabbits do not speak about their likes or dislikes. However, we know that rabbits love and depend on hay for survival, followed by certain fruits and vegetables like oranges, pistachios, and snap peas. These are the foods that the rabbit needs to lead a healthy life.

But we can get an answer to the question if we pay attention to wild rabbit breeds. They do not eat mushrooms, meaning that pet rabbits don’t like them either.

The Commonness Of Rabbit Mushroom Poisoning

If you’re a rabbit owner, you should sound a sigh of relief because mushrooms rarely poison rabbits. Of the 2090 reports received from 2006 to 2010 by the Animal Poison Control Center, only one involved a bunny. Poor bunny, right?

The pets that are most affected by mushroom poisoning are dogs, seeing that they eat anything and everything they come across. On the other hand, rabbits are pretty cautious and will not dig into anything they feel is terrible.

Before anything else, you should know that is it difficult to treat mushroom poisoning. So, it would help if you mastered the different ways of taking care of the problem before it even becomes one. Here are the points you should have in mind:

1. Feed your rabbit with the best food items. Since a bunny is strictly herbivorous, provide a diet that will meet its nutritional needs. I’m talking about fresh hay, pellets, fruits, and vegetables. Once you do, you will prevent the bunny from going for mushrooms. If you want to know more about a rabbit’s dietary needs, click here.

2. Inspect your yard to see if there are any wild mushrooms. If there are there, pluck them out and dispose of them far away.

3. If you let your rabbit out of its cage and into the yard, ensure that you monitor its behavior. If your rabbit looks or behaves unusually, act fast and get to the vet.

4. Check beneath any of the trees in your yard since the toxic mushroom types grow in those areas.

5. After you’ve handled mushroom buds, get your hands clean before you touch your rabbit or any other pet. If you’re gardening, ensure that you wear gloves.

6. No matter how your bunny looks at you, do not give any of your mushrooms you bought from the shop. We don’t know anything about their toxicity levels in relation to a rabbit’s system.

How Do I Know If My Rabbit Is Experiencing Rabbit Poisoning?

When your rabbit nibbles on a poisonous mushroom bud, the symptoms may kick in between 15 hours to some hours. Depending on the acting mycotoxins, your rabbit may experience any, some, or all of the following symptoms:

You shouldn’t be worried about store-bought mushrooms; their chances of triggering any of the bulleted symptoms are rare. But still, they shouldn’t be fed to the rabbits.

Once you’ve established that your rabbit has ingested some mushrooms, talk to a vet. They may advise you to monitor the rabbit or take it to the clinic for treatment.

Nice Exit: What You Should Do If Your Bunny Eats Wild Mushroom Buds?

If your rabbit ingests the wild ones, you should take the issue as an emergency. Assuming the worst is the best way to prepare. When you get a diagnosis early, the rabbit can get treated as soon as possible.

To get emergency treatment, talk to your vet and book an appointment. As you prepare to go, try and get a sample of the bud that the rabbit consumed and place it in a cloth. It will help the vet to determine which method they will use to treat the rabbit.

So, if mushrooms are harmful to rabbits, what about coconuts? And pepper? Click and read to know more and become as rabbit-savvy as you can.